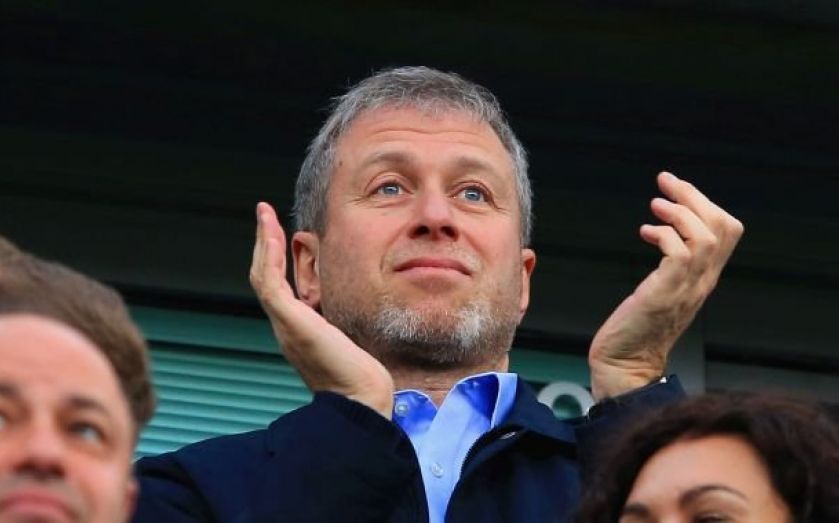 Not only are Chelsea a table-topping team currently pulling away of all competitors, they are also rapidly becoming one of the Premier League’s best businesses.
The current league leaders today revealed their financial results for the 2013/2014 season and they’re guaranteed to put a smug smile on fans’ faces.
The west-Londoners revealed record turnover (topping Arsenal’s) and their largest profit for over a decade. The trophy cabinet may have been left empty last season, but the club’s coffers were full to the brim.
Here’s five things we learned about Chelsea’s business model from their latest results.

Roman Abramovich’s early approach to running a football club was reminiscent of Jay Gatsby’s approach to throwing a party. No player was too expensive, no contract too large, no ambition to arrogant.
Yet the days of spend, spend, spend have been replaced by spend, sell and save. After eight seasons of continuous losses (and some of them pretty heavy), the Blues have now recorded a profit in two of the last three seasons. The latest profit of £18.4m dwarfing the £1.4m of two years ago.
There are mitigating factors, Chelsea’s latest results cover the year ended 30 June 2014 – so while they include the combined sales of Juan Mata and David Luiz for £82.92m, they don’t take into account the combined £62.5m spent on Diego Costa and Cesc Fabregas (more on this later).
Yet as the above graph demonstrates, this season’s financial performance is a far cry from the heavy losses posted in yesteryear.
Chelsea have now won every trophy available to them under Abramovich’s ownership. Could it be that his next goal is building a club that manages to repeat that success whilst remaining sustainable?

As the club so smugly professed today, Chelsea’s results “ensure Uefa’s break-even criteria under the Financial Fair Play (FFP) regulations continue to be satisfied”.
Last season marked the first campaign of Uefa’s second monitoring period where the permitted loss over three seasons stood at £24m, or £8m per season.
In the first monitoring period of FFP, which allowed for maximum of loss of around £36m over two seasons, Chelsea scraped through the boundaries. The club posted a loss of £48m for the period, yet a number of costs such as player contracts that pre-dated the FFP ruling and youth development were deemed exempt from Uefa’s permitted limit.
Yet Chelsea’s latest financial results suggest the club won’t have to sweat too much when Uefa’s accountants return.
Chairman Bruce Buck said today: “In the era of FFP, we must progress commercially to continue the circle of success to invest in the team and get results.”
That suggests a continuation of a savvy transfer policy, and a seeking out of more lucrative sponsorships. Speaking of which…

Seemingly unwilling to rely on Abramovich’s chequebook for funding, Chelsea announced that commercial income had “contributed significantly” to the club’s record revenue.
In the past year the club have signed new partnerships with six companies (including Hackett, Rotary and Coral), taking their overall number of sponsors and partners to 25.
Chelsea’s current kit deal with Samsung, believed to worth around £18m a year to the club, is small in comparison to come of their rivals’. Yet Turkish Airlines are widely expected to take the Korean company’s place in a bumper deal next season.
Also crucial to Chelsea’s commercial revenue has been the increased broadcasting revenue introduced by the Premier League’s mammoth £3bn TV deal with Sky and BT Sport.

The commercial aspects of Chelsea’s business are of added importance due to the limitations on matchday revenue imposed by Stamford Bridge’s relatively small capacity.
The club has not provided an exact figure of matchday revenue, only specifying a “small rise”. They said: “with Stamford Bridge filled to capacity year after year there was no scope for significant financial growth in this area”.

Stamford Bridge is smaller than a number of other Premier League stadiums (Source: Getty)

The season before last saw Chelsea record a matchday revenue of £70m. That was £20m less than Arsenal’s matchday income and almost £40m behind Manchester United. So a “small rise” is still going to keep the Blues well off the pace in this area.
United, Manchester City and Arsenal can accommodate more match-going fans than the 41,837 Chelsea can currently cram into the Bridge. From 2016 onwards, you can add Liverpool to that list too.
To most fans’ relief, it now seems that permanent relocation is off the cards and instead the club will focus on expanding their beloved ground. Until that is achieved however, the club will continue to play catch up on its rivals in this area.

The £18.4m profit figure may not include the transfer fees spent on Costa and Fabregas, but Chelsea’s activity in the transfer market this summer was certainly more nuanced than a manic splurge on the biggest names.
Chelsea’s net spend so far this season stands at around £5m. Unless the club splash out in the January transfer window (which would seem somewhat unnecessary considering their dominance of the Premier League thus far), it will be their most frugal season in the Abramovich era.
No Premier League club sold or loaned out more players over the most recent transfer window, and only Southampton received more money than the £85m recouped by Chelsea.
The Blues’ success at selling players now matches their purchasing prowess. It has been underpinned by a system which has seen the club buy young players, loan them out en masse and sit back as their talent and value soars.
For example, Chelsea made a tidy £21m profit on Romelu Lukaku –  a player who made just 10 appearances in the club’s shirt.