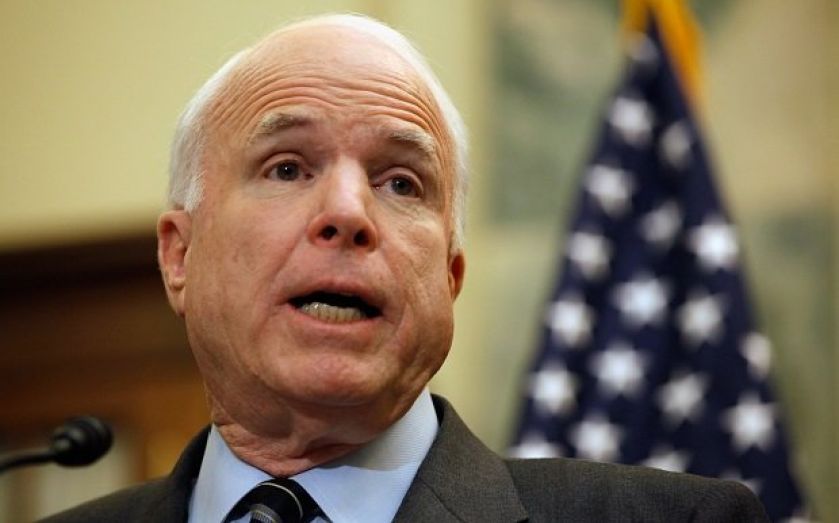 Senior US senators are calling for America to provide arms and equipment to the Ukrainian government to aid in its fight against "a Russian invasion".

He added that Russian President Vladimir Putin was "an old KGB colonel that wants to restore the Russian empire".

Democrat Robert Mendez, who heads up the Senate Foreign Relations Committee, told CNN: "We should provide the Ukrainians with the type of defensive weapons that will impose a cost upon Putin for further aggression.

The calls for western intervention came on the same day Russian President Vladimir Putin suggested "statehood" for southeast Ukraine should be negotiated. However, Putin's spokesman Dmitry Peskov insisted it was "absolutely wrong" to interpret his words as calling for independence.

Putin has been stepping up his inflammatory rhetoric as the Ukraine crisis escalates. Last week, he said the Ukrainian army's actions in the east of the country were comparable to the Nazi siege of Leningrad.

Ukrainian troops have been pushed back from the eastern Donetsk and Luhansk regions, with 2,600 people believed to have died in the fighting over the past month.

On Sunday, the EU threatened Russia with further sanctions if it fails to stop supplying men and equipment to pro-Russian rebels. Speaking after a summit in Brussels, President of the European Council Herman Van Rompuy, said the EU "stands ready to take further significant steps in light of the evolution of the situation on the ground".