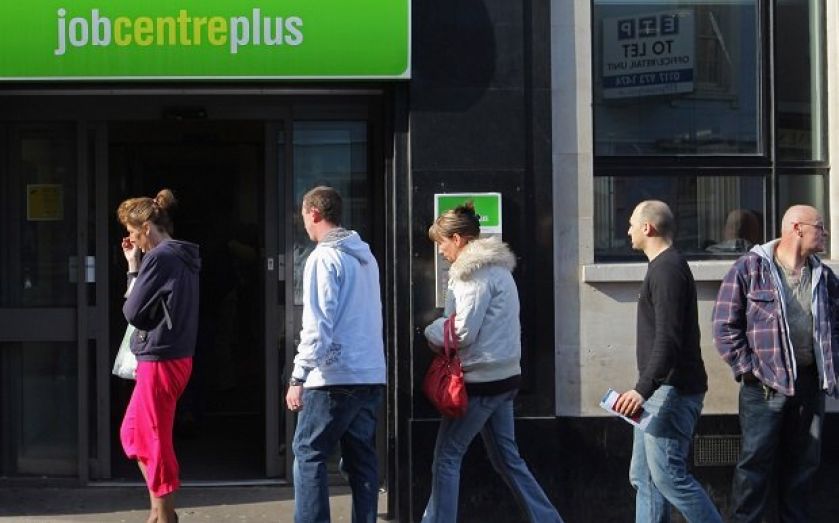 The number of people chasing vacancies halved over the course of last year, according to figures from job search engine Adzuna.

Rising employment and a buoyant labour market have been a key part of the UK's economic recovery. The jobs market has outperformed many analysts' expectations since the 2008 financial crisis.

In December, total advertised vacancies climbed to their highest point since the recession at 968,273 – a 30 per cent rise year-on-year. There were just 0.85 jobseekers for every advertised vacancy, according to the research.

At the same time the year before, there were 1.6 jobseekers competing for each vacancy. Living standards also received a boost from low inflation and a hike in the average advertised salary for the past year of  6.9 per cent or £2,109. However, Adzuna warned there are "warning signs on the horizon" because the average advertised salary in December was actually lower than it was in November.

The streets might be paved with jobs, but that doesn’t mean they’re paved with gold. On a month-on-month basis, salaries have been static for three months running. This is partly down to an increase in lower paid roles, but also due to growing concerns over an increasingly fragile Eurozone. The recent plateauing may signal a larger and more worrying trend towards stagnant wage growth.

Adzuna's research pointed to a mixed picture across the UK. Salaries are growing more rapidly in the north of England but the jobs market remains tough. Three of the top five worst cities to find a job are in the North West.

In Salford, there are 7.9 jobseekers for each vacancy. Workers in East Anglia are the least satisfied in the country with their pay packets. The biggest salary increases came for those working in administration jobs while the oil and gas sector was hit the hardest.