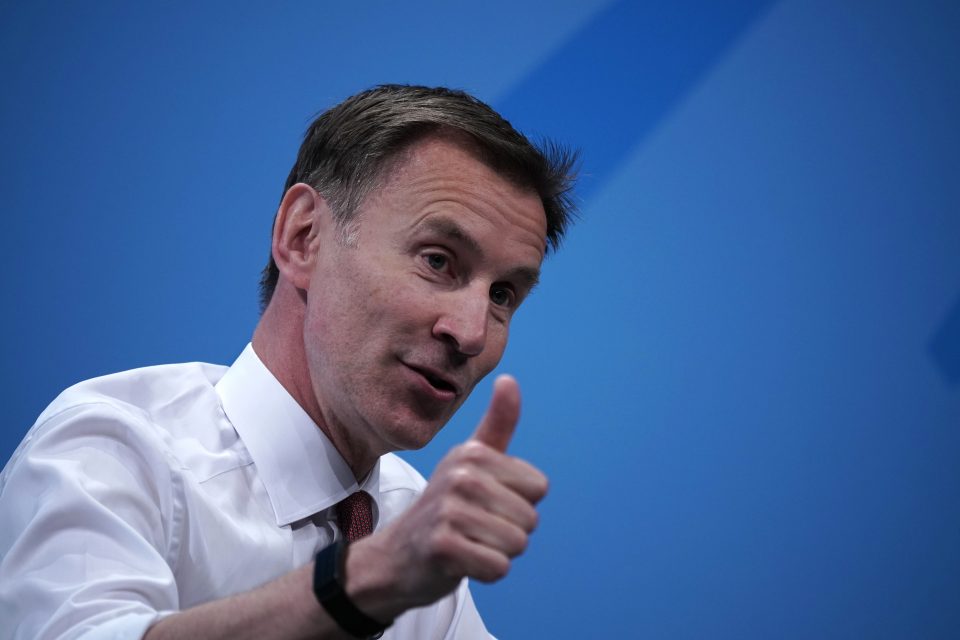 Jeremy Hunt will today pledge to ringfence £6bn to protect the UK’s fishing and farming industries from potential border delays and disruption in a no-deal Brexit.

As Prime Minister, Hunt would also slash taxes to prepare for a sudden departure from the EU.

The promises Hunt is set to pledge today that he would protect the UK from any negative repercussions from a no-deal Brexit.

“You cannot leave the European Union on a wing and a prayer,” he will say, according to Reuters. “Britain deserves better.”

Hunt has said he would proceed with a no-deal Brexit with a “heavy heart” if the UK fails to strike a fresh deal with the EU by the departure deadline of 31 October.

But he has not matched Tory leadership contest rival Boris Johnson’s pledge to pull the UK out of the EU by Halloween with or without a deal.

However, Hunt has upped his rhetoric over a no-deal Brexit as he tries to close the gap on Johnson in the race to become the UK’s next leader.

The foreign secretary is today set to outline steps he would take as Prime Minister to minimise the fallout from losing a transition period that would exist in a deal scenario.

“I will mitigate the impact of no-deal Brexit on you and step in to help smooth those short-term difficulties,” Hunt will say.

“If we could do it for the bankers in the financial crisis, we can do it for our fisherman, farmers and small businesses now.”

Hunt has said he would also head up a task force with powers of a similar level to the UK’s national emergency committee, Cobra, to coordinate UK plans for a no deal scenario.

A National Logistics Committee would ensure goods continue to be imported and exported in a no-deal Brexit.

Today Hunt will also pledge to grant emergency powers to ensure ports and airports work as well as possible.

He will also promise a swathe of budget cuts, slashing corporation tax to 12.5 per cent and pushing down business rates.

“Britain deserves a leader with the courage to not just tell the European Commission he will walk away,” Hunt will say.

“But to show them he is willing and able to do so.”

Johnson has pledged to deliver on a “do or die” Brexit.

Last week the Times reported on a variety of measures the Tory leadership contest frontrunner will implement to soften the blow of a no-deal Brexit.

They include cutting stamp duty to boost the UK housing market, halting new regulation and upping the annual investment allowance from its current limit of £1m.