Japan is about to start trialling driverless cars under the guise of "Robot Taxis", and hopes they'll be on its roads by 2020 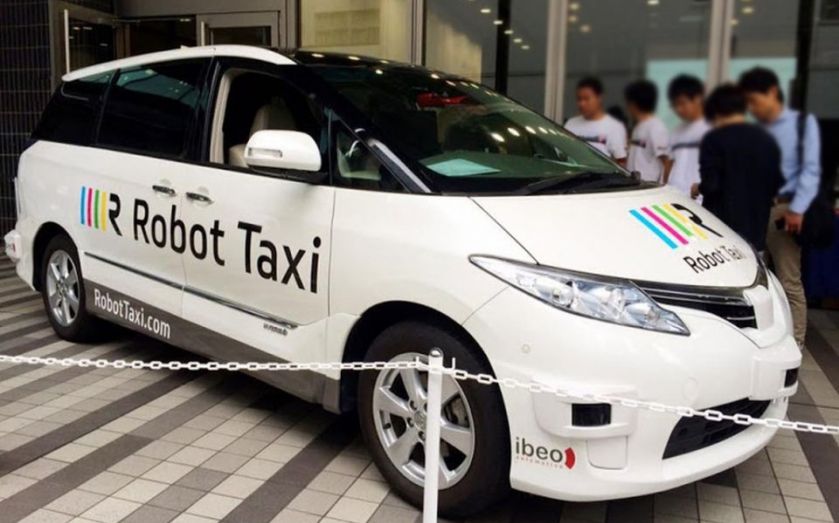 Robot taxis are about to be put to the test in Japan – and they could be introduced onto Tokyo's roads by 2020.
Robot Taxi, a joint venture by mobile internet firm DeNA and driverless car technology company ZMP, has been given the green light to start tests in 2016, a spokesperson from ZMP told City A.M.
Read more: Driverless cars will soon be able to buy and collect your morning coffee
The tests, which will offer rides to 50 people to begin with, are due to take place in Kangawa, a coastal town south of Tokyo.
Then, if all goes according to plan, the hope is to have the taxis running commercially just in time for the 2020 Tokyo Olympics.
Japan rarely allows itself to fall behind in the field or robotics – Robot Taxi accelerates it into the race to become the first company to complete a full commercial rollout of driverless cars. Google, Ford, BMW and Uber are all in the running.
You can watch the advert for Robot Taxi here (subtitles in Japanese).
Share: