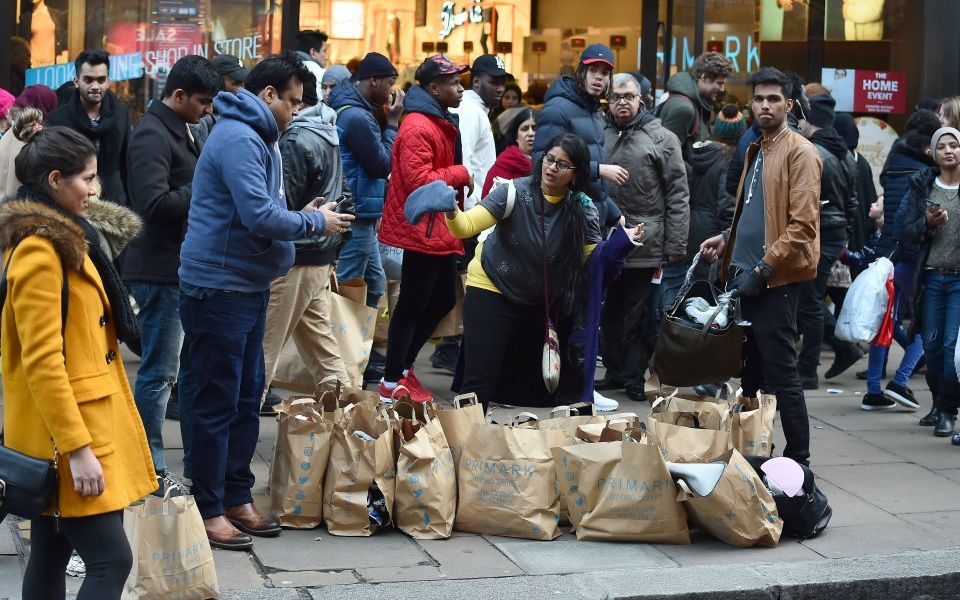 Retail sales rose last month thanks to a boost from January discounting, but retailers remain cautious as uncertainty on the high street continues.

Total sales were up 2.2 per cent in January compared to the month before, an improvement from the 1.4 per cent increase seen in the same period last year and the highest level of growth since June.

Like-for-like retail sales increased 1.8 per cent from last year, as shoppers cashed in on post-Christmas discounts, according to data from the British Retail Consortium (BRC) and KPMG.

But the uptick in sales comes amid ongoing challenges for the high street as retailers struggle to compete with declining footfall and a shift to online shopping.

In-store sales of non-food items fell 3.2 per cent on a life-for-like basis in the three months to January, while overall non-food sales slipped 0.8 per cent.

Online retailers enjoyed a more positive January, with non-food sales growing 5.4 per cent. But this figure is below the 12-month average of seven per cent, showing retail difficulties are not confined to the high street.

BRC chief executive Helen Dickinson said: “There was a welcome return to growth this month after December’s disappointing sales figures. But while retail discounts helped tempt cautious consumers, there is no guarantee this momentum will continue after the sales have finished.”

The figures come after the retail sector suffered its worst Christmas in a decade, with sales falling flat in the crucial festive shopping period as Black Friday discounting took its toll.

Read more: Debenhams lending talks pay off as it closes in on store closure plan

“Having said that, this increase points more to British shoppers’ obsession of bagging a bargain and price inflation, rather than any real improvement, and these peaks and troughs continue to leave retailers feeling increasingly anxious.”