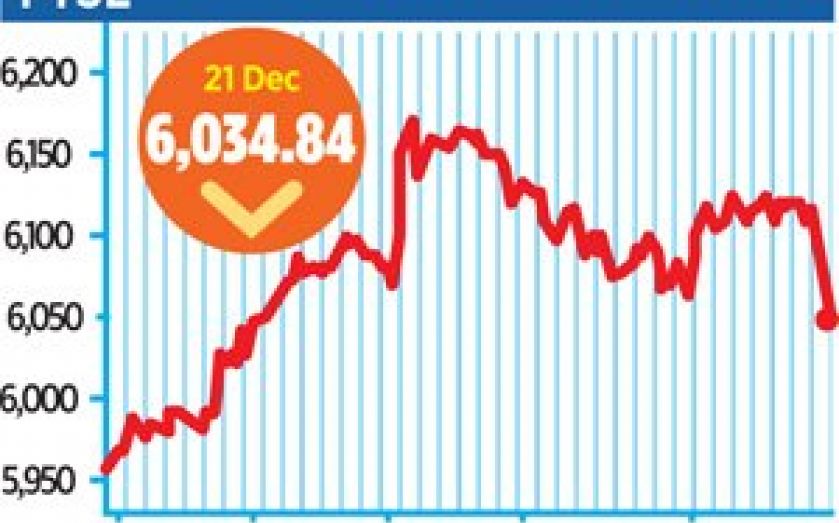 LOSSES from Associated British Foods and Smith & Nephew during yesterday’s trading dragged the FTSE 100 index down, as ITV, Glencore, and Antofagasta surged.

ITV led the pack after it emerged Comcast’s NBCUniversal was reportedly bidding to takeover the home of Downton Abbey. Its share price closed at 271.5p per share, a 2.92 per cent increase.

“News that ITV is considering a sale to US cable operator Comcast has catapulted shares towards the top of the UK equity benchmark. Rival media conglomerate Liberty Global recently upped its stake of ITV to 9.9 per cent, but has denied intensions to attempt a takeover. The possibility of a bidding war is a big positive driver for ITV shares heading into 2016,” said Jasper Lawler, analyst at CMC Markets.

Miners were also up after metal prices continued to recover. “It was not all doom and gloom across the commodity space as metal prices recovered for a second day off multi-year lows making the mining sector the best performing sector on the UK benchmark,” Lawler added.

A slight resurgence yesterday has done little to repair what has been at catastrophic year for the mining sector. Liberum analysts think the pain is not yet over.

“Despite weakness in iron ore and copper prices this year, demand from the world’s largest consumer [China] hasn’t yet turned negative cumulative [year-to-date],” analysts said. “Given the headwinds to property construction from sharply negative new starts and land purchases, risks of negative demand are high.”

Another top riser was InterContinental Hotels, ending 2.7 per cent up at 2,591p per share.

Smith & Nephew led the fallers, dropping 2.47 per cent to 1,143p per share after the company was given a boost by speculation it was the target of a bid by Stryker, a US medical technology company, last week.

Associated British Foods, the owner of Primark, fell 2.74 per cent to 3,236p per share after it was downgraded by analysts at RBC Capital to “underperform”.