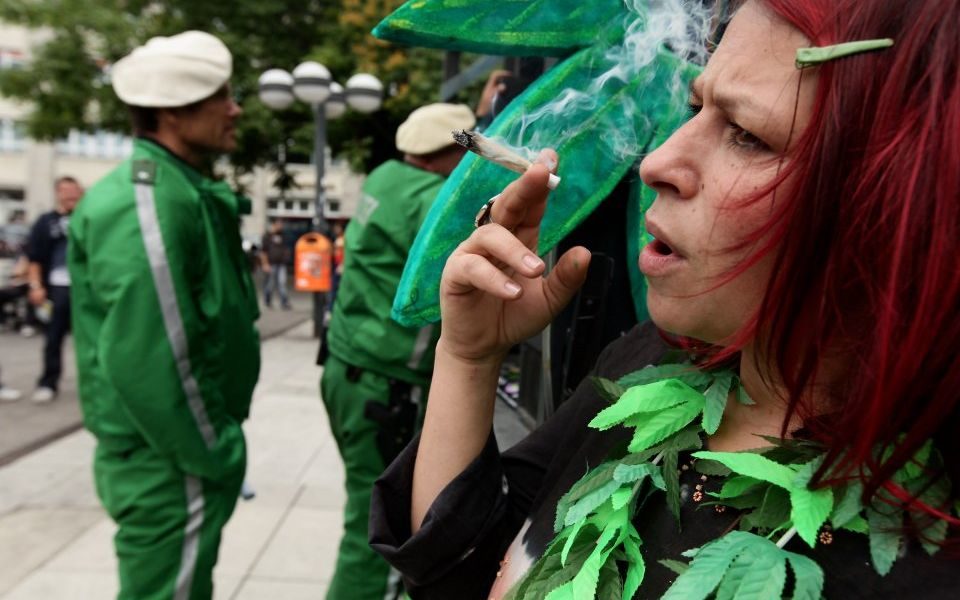 Five years ago, Colorado and Washington became the first two states in the US to legalise cannabis.

Alaska and Oregon followed, and at the beginning of this year, California and Nevada joined them. This month will see Maine start sales and Connecticut debate legalisation, while to the north, Canada will start selling on the same date as Massachusetts in July.

It’s hard not to see that the momentum is with legalisation.

The UK is falling behind. Our politicians are failing investors and businesses that are stopped from seizing the initiative in a growing global market.

We know that Britain’s farmers could grow the product – around £66m worth of energy is stolen from the grid each year by illicit producers.

Despite all the constraints on growing and selling the plant, even medically, there are nearly 30 companies worth $200m working in the field.

The largest greenhouse in Britain is currently growing some 23 football pitches worth in Norfolk. British Sugar’s site uses the excess heat from the sugar plant to make the process highly economical, and now supplies GW Pharmaceuticals with cannabis for use in the drug Epidiolex. But our weirdly restrictive and complex pharmaceutical approval regime here means that they’re producing a drug that will actually be for sale in the US.

Consumers suffer as a result. Some 80 per cent of all cannabis sold on our streets is high in psychosis-linked THC. In a criminal market, buyers are left in the dark and risk mental health issues. In legal regulated markets, suppliers risk lawsuits when products are mislabelled. Under prohibition, alcohol got stronger but in a regulated market low-strength alternatives like ale are sold to meet consumer demand for variety.

California only legalised marijuana at the beginning of January, but the industry is already expected to perform strongly, with sales in excess of $3.8bn this year and up to $5.1bn by 2019, overtaking the market for beer. The Adam Smith Institute estimates that a legal regulated market in the UK could be worth up to £7bn per annum by 2019.

There’s good reason to think this is an understatement. Estimates of revenue in Colorado and in Washington were $70m and $162m respectively, but by the third year revenue reached $193.6m and $314.8m. It’s providing jobs, too – 165,000 to 230,000 full and part-time workers across the US in cultivation, processing, and retail.

US states have high taxes on the finished product. Colorado raised $230m in tax in the past two years, and allocated it to the education budget. Oregon splits the funds raised between education and treating addiction. The legalised market is paying for its negative externalities, and then some.

But regulators must be careful not to kill the goose that lays the golden eggs.

The existing black market is well developed here in UK (worth up to £7.9m) and, despite the fragmentation caused by prohibition, is digitally and logistically sophisticated. If we tax at too high a level – pushing up prices to uncompetitive levels – then illicit producers will prove a strong competitor to legal markets. This is already the case with tobacco, where high excise duties have created an illicit market.

Nor is the competition just home-grown. As more states legalise, and as we look for comprehensive trade deals after Brexit, we will find our businesses on the back foot the longer we fight the legalisation trend.

Canada’s cannabis firms are already stealing a march on any potential British entrants. Canadian cannabis firms such as Canopy Growth Corp are creating global partnerships and engaging in acquisitions designed to grab global market share to cash in on the wave of cannabis liberalisation.

Farmers are looking at Brexit with both optimism and trepidation, and cannabis cultivation could give them a new set of markets to target.

A new high-yield crop opens the door to investment at a critical time. As we look to a future outside of the EU, and new trade deals with the US and Canada, we have to think about catching up on cannabis or we’ll lose a lucrative cash crop.