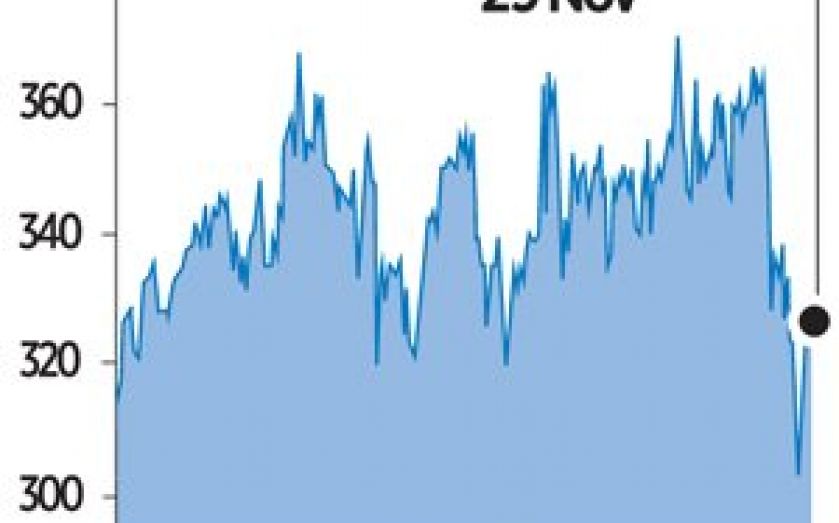 The new boss of recruiter SThree tells Marion Dakers how his diverse business is navigating through the economic recovery AS THE festive party season rolls around again, staff at SThree will be looking forward to the office get-together more than most. Over the last few years, the white-collar recruiter has used its annual bash in Battersea to hand cruise tickets, Rolexes and, occasionally, the keys to a Porsche to its top-performing workers. While the firm has scaled back the party somewhat in the wake of the recession, employees can still look forward to a festive blow-out. “We’ve always had a culture of work hard, play hard, be rewarded and have fun,” says boss Gary Elden. “If we don’t celebrate things, it’s like what’s going on? This is what we’re about. But we do work hard as well, it’s not just about having big parties.” This will be Elden’s first Christmas as the boss of SThree, having taken over from Russell Clements back in January. He has attended plenty of the firm’s shindigs since joining in 1990. He credits Clements, who was SThree’s second ever employee, as one of the reasons he has stayed with the company for more than two decades, along with the firm’s strategy of pushing its high-flyers into setting up new branches and specialisms around the world. “He’s inspirational, something to work towards,” Elden says of his colourful predecessor, offering a laugh and a “no comment” when asked how Clements is doing in his new career as a part-time DJ in Ibiza. “I think after a year, he’s going to start to get bored and I think he’ll want to dabble in something else.” Since taking over as chief executive, Elden has had the less than merry task of closing a handful of offices and restructuring others as the firm grapples with the patchy return to hiring across its main industries – finance, IT, natural resources and pharmaceuticals. The firm’s headquarters were moved a few years ago from Soho to a glass-walled suite in Great Portland Street, helping to enshrine the firm’s coming of age. In July, SThree posted a six per cent fall in gross profit to £94m, though Elden says it would have been worse if it weren’t for the broad mix of sectors and countries covered by his recruiters. The company will give another trading update on its performance this Friday. “The beautiful part of our business, because we have an entrepreneurial culture, if the market does see a lull, we can move people around to different sectors. It just so happens that now our biggest sector in New York is not banking and finance but pharma.” SThree’s engineering specialists are also busy trying to find qualified staff in Britain, who are in demand around the world. “It’s a skill shortage, which is great for us,” says Elden. “You’re finding that geologists are coming out of retirement – who’ve been retired three or four years that are bored, mowing the lawn or washing their cars on Sunday – and getting contract jobs at twice the cost of when they were working in the industry.” Elden’s own background has centred around sales, and in particular financial recruitment, having set up SThree’s financial services offshoot, Huxley Associates, in 1995. SThree also trades as Progressive Recruitment, Real Staffing Group and ComputerFutures, keeping its specialisms in distinct brands. Workers in the City, he says, have mostly short-term contracts on offer if they are in the market to move. Companies are still “not wanting to sign off on the uncertainty” of permanent staff. “There is still an element of people still having their feelers out. The activity level is up, but you do still get a lot of window shoppers. “But the feeling if you speak to my banking team is that there is a lot more confidence out there in the banking market. It’s just the clients and applicants have to feel that they’re comfortable with the movement.” In the teeth of the financial crisis, SThree expanded around the world to offset the slump in banking jobs, a plan that was mirrored across most of the UK-listed recruitment firms. Elden was dispatched to New York in 2011 to oversee a move into the American oil and gas industry. But, after a push into Brazil, Japan, Russia and Germany over the last few years, Elden thinks it’s time to bed in these businesses rather than seek out new bases. “The only reason we’d go to another country is if our clients take us. So you know, in the oil and gas market, if you got in Papua New Guinea that may drive us there, but I don’t think that we’ve got drive to open up massive hubs in other countries at the moment.” He is nevertheless willing to hear any ideas from staff who see a big chance for the firm in a new market – part of SThree’s business model he describes at one point in his sales patter as “intrepreneurial, not entrepreneurial”. He even predicts that his successor as CEO will follow in his footsteps by emerging through the ranks of the company. “We’re an organically grown organisation. I think that’s where we will be in 20 years as well. We’ve never acquired, we’ve always grown organically. We’ve got some copycat organisations, which are ex-employees, which is a good sign –  to say ‘we want to emulate what SThree did’. I think that is something to be proud of.” CV GARY ELDEN Born: 1967 Lives: South London ■ Left school aged 16 to work for a Lloyd’s insurance broker ■ Moved to estate agent Winkworths in 1988 ■ In 1990, moved to Computer Futures – the firm that would eventually become SThree ■ Set up Huxley Associates, SThree’s financial services unit, in 1995 ■ SThree lists in London in 2005 ■ Elden promoted to the board in 2008 ■ In 2011, he moved to New York to oversee the firm’s expansion in America ■ Moves back to London in July 2012 to prepare to take over as chief executive from Russell Clements ■ In January 2013, steps up to CEO job four months earlier than planned