It’s time to read the writing on the wall: Why the West no longer exists 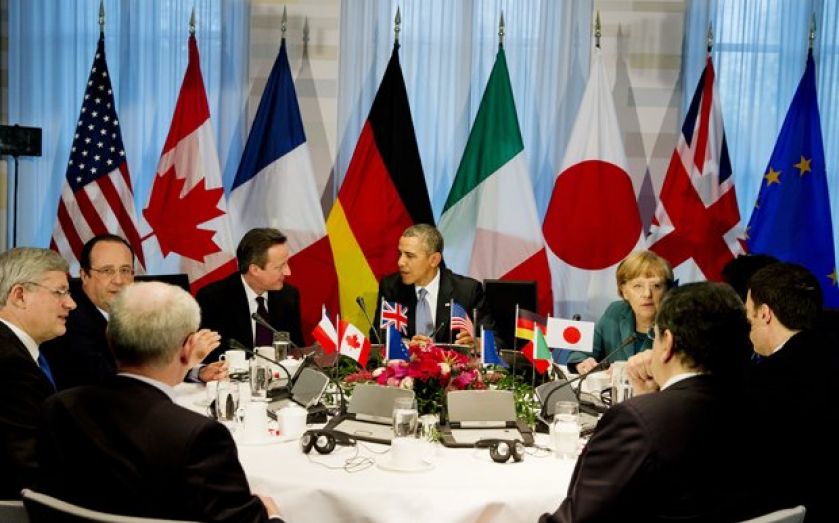 WHATEVER the final outcome of the violently simmering crisis in Ukraine, and however likely it is that that embattled state will remain caught in Russia’s crushing embrace, the greatest global political risk can’t be found in Kiev, eastern Ukraine or any of the other hotspots that get the media so excited. It lies in the perception of Western weakness among those countries that find themselves dissatisfied with the current global establishment. For them, the enfeebled state of the West, as laid bare in Ukraine, means the possibility of expansion.

Who are they? There are representatives from around the world: Bashar Assad in Syria, President Rouhani of Iran, North Korea, China, and of course Russia’s Vladimir Putin. The usual suspects they may be, but Crimea put paid to the cherished leftish nostrum that dissatisfied states could be kept quietly within the international order by the close intertwining of economic affairs.

Barack Obama was elected precisely to lessen American foreign policy risk after the disasters of the Bush administration. Like a bad bank, he wound down the excesses in Iraq and Afghanistan. He has also just about managed to avoid any further significant military adventures, drastically limiting American involvement in Libya (which is again a mess), managing to stay out of Mali and, with the assistance of Putin, avoiding the quagmire of the Syrian Civil War – albeit on the terms of Russia and Assad.

But after Putin’s bold moves in Crimea and Ukraine, Russia and its associates can now see that what once looked like a sensible, limited, pullback of US forces after the promiscuity of the Bush era was instead a run for the exits. Better still, it was one that oddly conjoined with Washington’s usual overly-expansive universalist rhetoric, the sort of thing the rest of the world hates. Only in this case, it has just made the West look even weaker, as it threatens Russia with “grave consequences”, while not doing much of anything.

Best of all, Putin’s bellicosity has played well domestically, just as American indifference suits the mood of the post-Iraq, post-Lehman Brothers US electorate. Putin’s approval rating has skyrocketed from 60 to 80 per cent following the Crimean crisis. In turn, the respected Pew survey of March 2014 found – by a two to one margin – that only 29 per cent of Americans favoured a firm stand against Russian aggression, while 56 per cent did not want America to get too involved in Ukraine. And if Washington is not leading the charge, Europe is totally hopeless.

Of course, the US is still dangerous, remaining by a long way the most powerful country in the world. And given the amount of economic, military, and cultural power the Americans still possess, the saving grace of the likes of Iran, China, Russia and Assad is the US’s historical tendency to over-correct its flaws, swinging from cycles of over-involvement to under-involvement.

But as they see it, the real ace up the sleeves of the dissenting powers – for the Americans will bounce back, as they always do – is the total collapse of Europe as a global force. It has folded like a cheap suit. The euro crisis has left Germany isolationist (focusing only on the immediate survival of the EU) and increasingly neutralist (those 300,000 jobs directly dependent on trade with Russia help). Without German leadership, nothing happens, as Britain is hollowing out its defense forces and the French know their day is over. Europe is divided between euro creditors and debtors, between the north and the south, with the EU proving itself hugely unpopular almost everywhere. America has lost its partner; there is simply no Sundance Kid there anymore for Butch Cassidy to come out firing with.

As seen from Moscow, Beijing, Pyongyang, Damascus and Tehran, this is the inspiring, hopeful narrative of Western decline. These countries know they must be careful not to miscalculate, not to press too hard as the lessons of this calamity for the West slowly dawn. But in the medium term, it looks like Iran’s nuclear programme is safe, that Assad can soon pop the corks in Damascus, that for North Korea, torturing Seoul at the edges looks like a no brainer, and as for China, well, the disputed Senkaku/Diaoyu Islands await. With time, and after Putin’s groundbreaking efforts, the way history is moving couldn’t be clearer. The West simply doesn’t exist anymore.