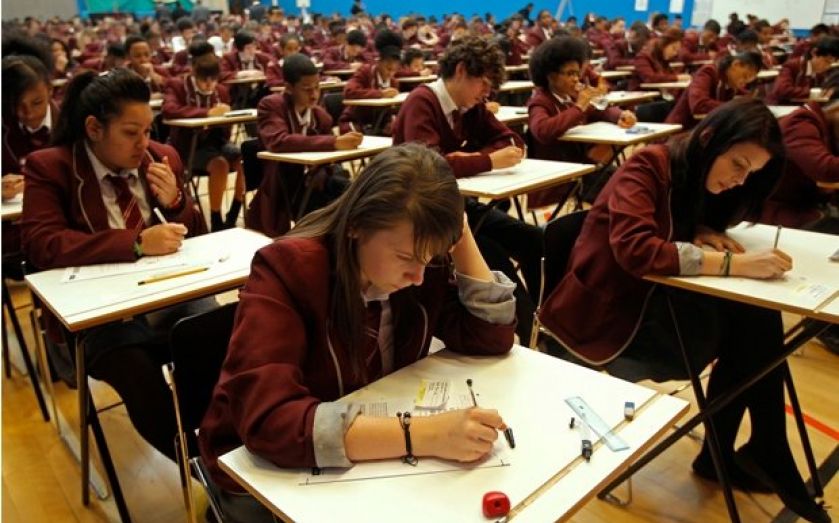 AS STUDENTS collect their A-Level results, we should ponder why Britain continues to have state-mandated qualifications in the first place. Why is it that the government continues to promote A-levels, and to prescribe their structure and method of assessment, when there are useful and valued alternatives such as the International Baccalaureate (IB), the City and Guilds Level 3, or the Cambridge Pre-U? It might be down to the fear that private alternatives would not have the same government assurance and quality control that A-levels are subjected to. Yet private alternatives like the ones mentioned above are considered by many to be more rigorous. In the three decades to 2012, overall A-level pass rates rose each consecutive year to levels close to 100 per cent, compared to78 per cent for the IB. Private qualification providers have every incentive to raise standards. They must demonstrate their worth to universities, employers and students if they are to be accepted. So they have to provide curricula reflecting what universities and employers actually need from the education system, and that students know will have currency beyond school. A-Levels, on the other hand, are a default option. With their privileged position and state backing, employers and universities just have to accept that the majority of candidates will take A-Levels, and that they will largely have to get what they’re given when it comes to the skills and knowledge pools available to them. This means there is no incentive in place to ensure high standards, nor for A-levels to adapt to the changing expectations of society and the economy – hence the need for the kind of intervention to which the present government is committed. But inviting the exam boards, as the government has done, to participate in a lengthy committee-managed review process is not a recipe for a dynamic qualification system. We need to invest in an openly competitive system. Qualifications should reflect the nuanced and diverse needs of employers and students alike. Some object that liberalisation will undermine equality of opportunity. But this is a flawed concept, and one that is in any case unworkable. Not all pathways into further and higher education and employment are equal. Neither are subject choices. They are relative to the priorities of individuals, and cannot simply be compared in terms of the opportunities and outcomes that arise from them. There really is no good reason for maintaining the elaborate bureaucratic apparatus that characterises our qualifications system. Exam boards which award A-Levels already have the experience in international markets to provide private alternatives. It’s time for us to embrace diversity, and rid the system of A-Levels’ privileged position. Anton Howes is a researcher for The Centre for Market Reform of Education, and co-author of its paper When qualifications fail: reforming 14-19 assessment.