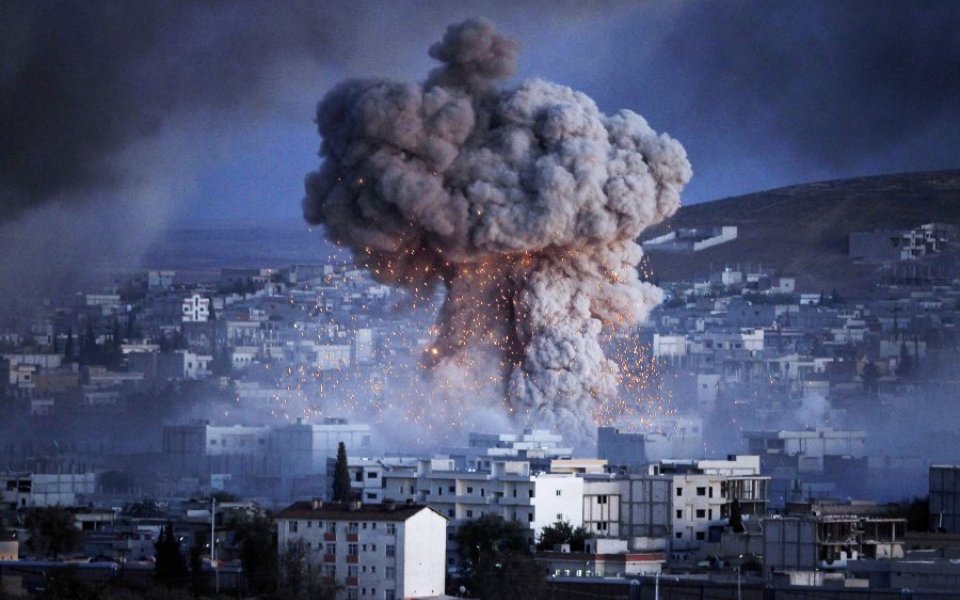 In these pages 12 months ago, as companies revealed their year-end financial results and governments made their annual promises of greater things to come, I reflected on the financial reporting of a new arrival – an entity that had, during 2014, emerged from the financial shadows, and was heralded as being “…as sophisticated and well-funded as any group that we have seen”. But in my view, the terrorist group’s finances faced a difficult year ahead.

In January 2015, Isis updated analysts on its financial position, reporting an expected surplus of $250m after expenditure of $2bn, including countless spending commitments such as monthly wages for the poor and disabled, orphans, widows and families of individuals killed in airstrikes. Unsurprisingly, the surplus was to be invested in its war effort. Twelve months later it seems only right to assess its financial pledges and seek to determine whether the robust cashflow and fortress balance sheet the group claimed in early 2015 remains today, and whether its rhetoric of welfare for all has become a reality.

In recent weeks, analysts of Isis have started to notice tell-tale signs of financial stress as 2015’s claims of robust earnings and strong solvency have come under considerable strain. In contrast to 2014, 2015 was a very different financial year for Isis. Time and the pressure brought to bear by coalition airstrikes are undoubtedly having a noticeable and measurable effect on the group’s funding. First, a failure to expand its territory means that the exceptional items Isis recorded in 2014, as it captured bank vaults, oil storage facilities and grain silos, have not been repeated. Second, its earnings run-rate has declined sharply as airstrikes have destroyed the key funding source of oil, related products (estimated by the US Treasury to have been worth up to $500m per annum) and the distribution infrastructure of tankers that helped the group to monetise this resource.

Third, since August 2015, the Iraq state has stopped paying an estimated $170m per month to state employees still working in Isis-controlled territory, salary that was taxed at up to 50 per cent by the group. And further, existing financial resources have reportedly been incinerated in recent airstrikes as cash storage facilities have been hit. In sum, Isis faces a material restriction on cashflow as the excess it reported in early 2015 has surely turned negative.

Like any business or state facing a fall in earnings, Isis is taking steps to rationalise its operations, cut costs, and boost income from its remaining sources. Gone are the freely offered welfare commitments made in the halcyon days at the dawn of Abu Bakr al-Baghdadi’s caliphate to the people in the territory it controls and those it seeks to attract. Further commitments, such as those made in the group’s Dabiq magazine, to provide healthcare, food and commodities in the markets have been conspicuous by their absence for months. For those living under Isis control, access to food and supplies for cooking and heating have long been expensive at best and non-existent at worst. Gone too are the generous benefits offered to fighters and their families. Salaries have purportedly been slashed by 50 per cent in Isis’s main city of Raqqa and even incidentals such as free energy drinks and snacks have also been axed. For a proto-state that spends up to two thirds of its budget on maintaining its military capability, such financial hardship is potentially catastrophic.

And in perhaps the most telling sign that financial hardship is taking its toll, the Gold Dinar, the currency of the caliphate, hailed in 2015 as a means of breaking free from enslavement to the US dollar, has failed to materialise. Worse still, the “fraudulent US dollar note” that the Gold Dinar was billed to replace has become the preferred tax-raising currency for Isis when collecting payments for the limited utilities it supplies.

So will 2015’s financial decline be fatal for Isis? The simple answer is no. The complexities of the conflict across Syria and Iraq mean that, for as long as the current chaos continues and the international community remains divided in its approach to confronting the various factions fighting in this five-year long war, the group will thrive in some form: a diminished version of its current incarnation, or a restructured and refocused group turning to criminality and tapping new sources of funding such as the regional or global drugs trade harnessed so effectively by Hezbollah.

The financial boom of 2014 is a distant memory for Isis. What surplus it had has surely been spent as the international community has undermined its earnings power through the removal of territory and the destruction of its lucrative oil assets and infrastructure.

2016 is set to see further financial decay. But while this may inhibit the group’s activity across Syria and Iraq, operations in “new markets” such as Libya, Egypt, and Western Europe seem likely to ensure the group’s survival for some time yet.