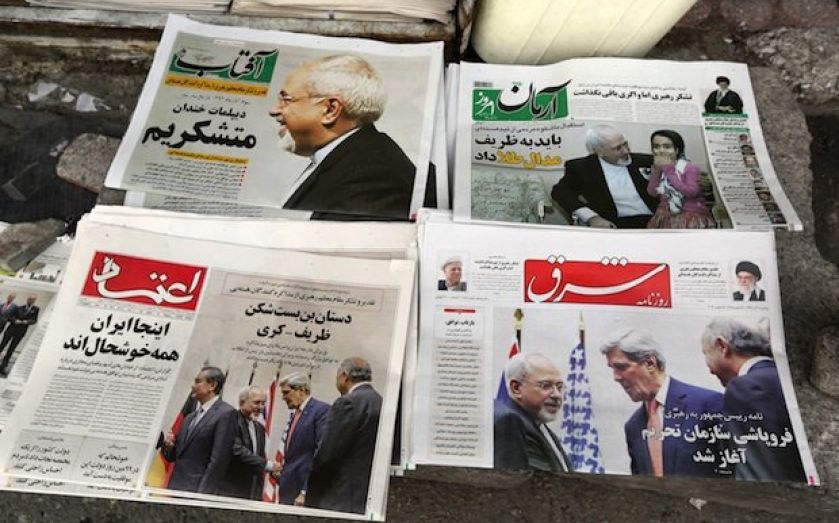 THE HISTORIC interim agreement between the Islamic Republic of Iran and (primarily) the West over the former’s nuclear ambitions is the real deal – an actual current event that lives up to the “historic” tagline far too easily given out by breathless commentators. However, on its immediate merits, the best that can be said of the accord is that it managed to buy the West six months for a comprehensive deal to be done. The chances that such an all-encompassing compact “solves” the Iranian crisis remain vanishingly small. The US would have to accept Iran’s inalienable right to enrich uranium, and Congress would have to vote to roll back all sanctions on the Islamic Republic. In turn, Iran would have to sign the Additional Protocol, allowing inspectors to intrusively monitor its nuclear programme for the foreseeable future; its nationalist dreams, after all these years of struggle and sacrifice, of joining the nuclear club – shared by all major groups in the country – would be definitively brought to an end. To put it mildly, this does not seem likely. So why is this such a big deal? A vital and under-reported portion of the interim agreement makes it clear that the six-month time frame to talk can be extended indefinitely in six-month increments, if both sides agree. Most likely, as with the US-USSR arms control talks during the Cold War, everyone will get just enough of what they want to stay at the bargaining table. The interim deal is best thought of as opening the door to an ongoing process. It’s worth it if it does just enough to keep Iran from overtly joining the nuclear club, in exchange for a degree of sanctions relief, and a re-admittance of the Islamic Republic into the community of nations. If even the limited breakthrough I’ve sketched out comes to pass, however, two significant losers are clear. First, key American ally Saudi Arabia will find itself in new difficulties. The Saudi’s security fears in the event of a softening of relations are obvious. But it is economic concerns that may be paramount. A removal of oil sanctions on Iran could add as much as 1m barrels per day to global supply. This, plus significantly increased levels of production in both Iraq and the US, might well put significant downward pressure on global prices. The Saudis can cut production to try to support prices, but these three expanding players might well make up the difference. In such a case, Saudi influence – wholly dependent on its position as the swing producer in the Opec oil cartel – is likely to be on the wane. Surprisingly, the Middle East as a region is also the big loser here. Imagine Barack Obama’s people sitting around the White House a year from now, basking in their partial Iran triumph. Israeli-Palestinian peace talks have gone nowhere, Syria bleeds but there is no longer any pretence of American military action there, and the Iran negotiations rumble on, not providing a definitive breakthrough but not derailing either. In other words, things are bad in the Middle East, but they have been worse. With Iran now somewhat less than an implacable enemy, at last the troublesome region can be managed, downgraded in importance, and America can finally pivot to Asia, the economic future of the planet. The deal makes for an odd constellation of winners as well. Broadly, countries already economically on the mend from the Great Recession – such as the US and the UK – continue to do well, as there is no great geopolitical disturbance to upend global economic trends, such as a war with Iran would undoubtedly have caused. Critically, investors around the world are cheered, both because of the lessening of medium-term cataclysmic geopolitical risk, and due to the fact that the price of oil is likely to be heading downwards, whatever the Saudis decide to do. For the key point is that a rapprochement with Iran takes one of the only few possible cataclysmic geopolitical risks off the table (the Senkaku/Diaoyu crisis between China and Japan remains another). US-Iran tensions will not, after all, upend the weak global recovery; all the trends that seemed contingent on war in the Middle East somehow being avoided – such as the rise of emerging markets, the pivot in global focus to Asia, and the comeback of the United States – now assume even greater importance. The trend lines they represent are now unlikely to be interrupted by calamity. Dr John C Hulsman is president and co-founder of John C Hulsman Enterprises (www.john-hulsman.com), a global political risk consultancy. He is a life member of the Council on Foreign Relations, and author of Ethical Realism, The Godfather Doctrine, and Lawrence of Arabia, To Begin the World Over Again.