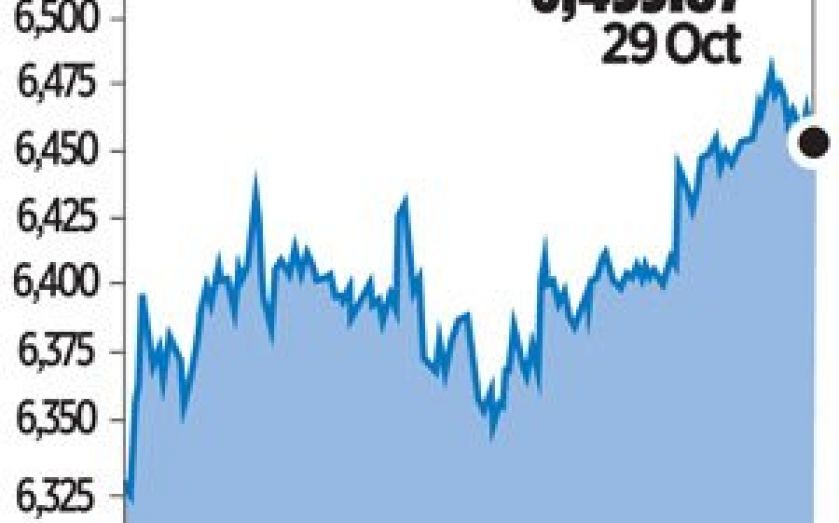 BRITAIN’S top equity index yesterday rose to its highest level in nearly three weeks on the expect­ation that the US Federal Reserve would signal that it was in no rush to raise interest rates.

However, late last night – after the London close – investors elsewhere in the world were betting that a US rate hike could come sooner than expected, meaning that shares may drop back this morning.

Intertek was the top performer on the blue chip index yesterday following positive broker comments, with the FTSE itself closing up by 0.8 per cent at 6,453.87 points.

JP Morgan Cazenove issued a note following a meeting with the company, repeating its “overweight” rating,

Shares in the company, which carries out tests and inspections to make sure that goods meet health and safety standards, climbed 5.1 per cent to 2,709p.

Tui Travel added 3.32 per cent to 395.40p after shareholders gave the go-ahead for its merger with parent company Tui.

Retailers were under pressure after Next warned on profits, but came back from their worst levels.

However, troubled Tesco rose 2.1 per cent to 173.35p. Traders shrugged off news that the Serious Fraud Office was launching a probe into account­ing errors at Tesco and bought up the beaten-down shares, which have fallen nearly 50 per cent since the start of the year.

IP Group rose 4.9 per cent to 199.90p after the intellectual property business said its chairman was to step down, but would stay in the post until a successor was appointed.

Bruce Smith joined the board of IP Group in September 2002 and has served as non-executive chairman since it floated in 2003.