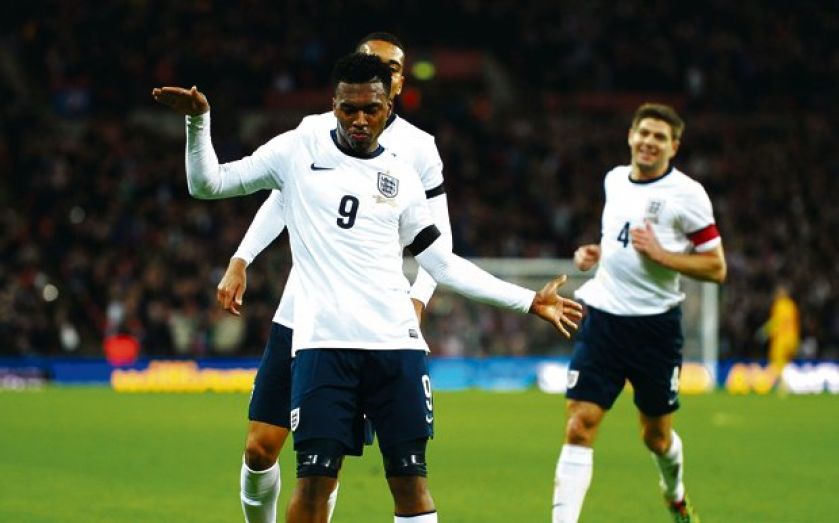 ENGLAND boss Roy Hodgson admits he faces a headache when whittling his squad down to 23 for this summer’s World Cup after several rookies impressed in last night’s friendly win against Denmark.

Hodgson selected four players in his starting line-up with fewer than 10 caps, including midfielders Jordan Henderson and Raheem Sterling, while left-back Luke Shaw came off the bench to make his debut and his Southampton team-mate Adam Lallana set up Daniel Sturridge to head the only goal.

A provisional 30-man World Cup squad must be named by Hodgson before the next friendly with Peru on 30 May and the manager admits he has been left with much to ponder.

“I’m pleased that players who don’t usually play for England grabbed that opportunity with both hands,” he said. “It’s going to mean headaches for me, but it’s good news for England.

“Looking at the performances, you would have to be a harsh critic to say anybody played poorly.

“If you want to use all the players together there is some work to do to make sure they gel. Our passing was a bit too slow in the first half and we didn’t get in behind their defence often enough. In the second half we did that more and as a result created chances which led to the goal.”

England made the Wembley crowd wait 43 minutes before producing their first flowing move, which culminated with Ashley Cole’s low centre being deflected by defender Peter Ankersen off his own post under pressure from Liverpool winger Sterling.

Sturridge should have opened the scoring on the stroke of half-time, but fired a shot straight at goalkeeper Kasper Schmeichel – outstanding throughout – from point-blank range following Steven Gerrard’s corner.

Denmark carried the greater goal threat after half-time and Nicklas Bendtner saw a low drive gathered by goalkeeper Joe Hart, who moments later raced from his line to smother away a shot from Morten Rasmussen.

The introduction of Lallana and Danny Welbeck from the bench finally saw England take a stranglehold on the match. The Manchester United forward twice forced smart saves from Schmeichel, before Sturridge also saw a powerful effort pushed over.

But the breakthrough arrived with eight minutes remaining courtesy of some magic from Lallana, who jinked into the box and floated a cross to the far post for Sturridge to head in his third England goal.