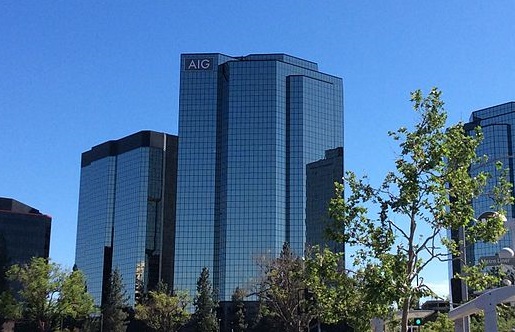 A huge drop in catastrophe losses propelled insurer American International Group (AIG) to a profit in the third quarter, with a reported net income of $648m (£500m).

This included $254m for Typhoon Faxai and $135m for Hurricane Dorian, which devastated the Bahamas in August.

In the same period in 2018 AIG posted losses of $1.3bn due to the effects of Hurricane Florence, as well as mudslides and wildfires in California.

AIG, which is one of the US’s largest insurance firms, also reported a much smaller underwriting loss of $249m in its general insurance business, compared to $1.7bn last year.

The insurer’s general insurance accident year combined ratio dropped from 99.4 a year ago to 95.9, due to the favorable impact from AIG’s underwriting actions and changes in business mix.

Brian Duperreault, AIG’s President and Chief Executive Officer, said: “Our results this quarter reflect the significant, ongoing work across the company to lay a foundation for long-term, sustainable and profitable growth.

“Results are in line with our expectations, particularly in General Insurance, which demonstrated a significant improvement over the prior-year quarter driven by our focus on underwriting excellence, expense discipline and enhanced reinsurance strategy.

“As we approach 2020, we remain confident we will deliver underwriting profitability for the full year 2019 and deliver double-digit ROCE by the end of 2021. We still have much work ahead of us, but we are well on our way to positioning AIG as a leading global insurance company.”