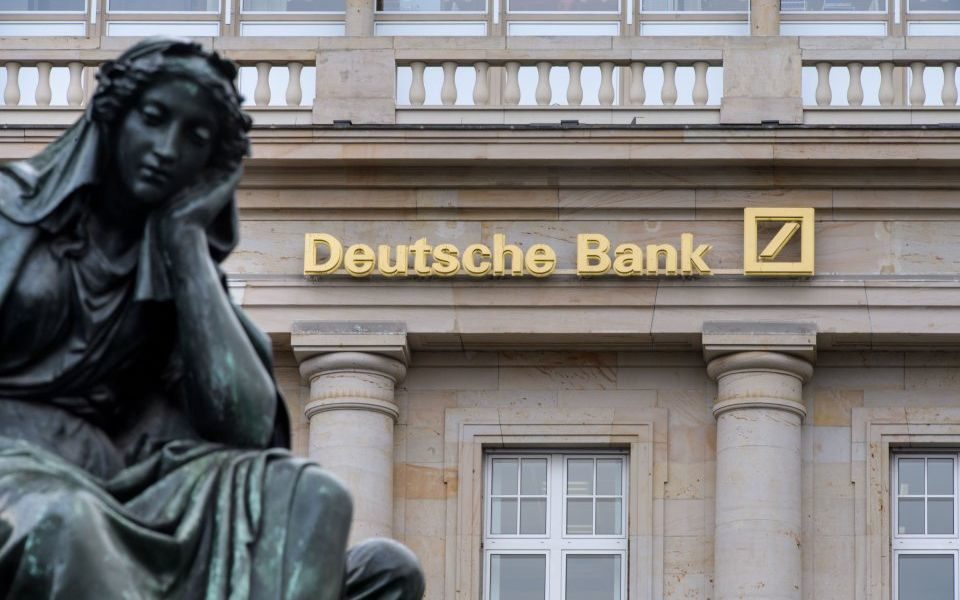 Deutsche Bank confirmed that it had received an inquiry from two US House Committees last night, in a development that comes at the height of Democrat interest in investigating links between Trump and the bank.

"The bank has received an inquiry from the House Financial Services and Intelligence Committees," Deutsche Bank said today.

"Deutsche Bank is engaged in a productive dialogue with those Committees to determine the best and most appropriate way of assisting them in their official oversight functions," the multinational bank said in a statement.

News of the inquiry follows reports from Politico that the Financial Services and Intelligence Committees, headed respectively by chairwoman Maxine Waters and chairman Adam Schiff, were going to be working jointly to investigate the German-based bank.

The German bank has agreed to cooperate with the probe, stating that they “remain committed to providing appropriate information to all authorised investigations”.

The bank is one of President Donald Trump's top lenders, with the President reporting at least $130m (£98.9m) in liabilities to a subsidiary of the German bank in 2017.

This probe joins a number of investigations into the Trump-affiliated bank, which finds itself at the centre of multiple high profile scandals.

Recently, claims that the bank had participated in the money-laundering scheme at Danske Bank led the bank's shares to drop to a record low in early December.

Plans for an inquiry had begun long before Democrats won back control of the House in the 2018 midterms. Nearly six months earlier, Waters, along with other Democrats on the Committee, requested information regarding Trump's dealings with the German bank.

Deutsche Bank denied requests for information on the basis of customer privacy laws, leading Waters to call upon then chairman Hensarling to use the full investigatory powers of the Committee to subpoena the bank.

While those efforts were denied by Committee Republicans, Democrats can exercise subpoena power now that Waters is chairwoman.

Although the scope and nature of the most recent inquiry is unknown, Waters' previous push to investigate the bank cites efforts to clarify Russian ties to loans that the bank has made to Trump.

"Why was Deutsche Bank—a bank that has been fined for Russian money laundering and many other violations of the law—willing to lend hundreds of millions of dollars to Trump after his bankruptcies when no other bank would lend to him," Waters asked in a statement early last January.

"Why are so many properties owned, licensed or branded under Trump’s name sold to Russians associated with criminal activity, or to secretive shell companies, which are known for facilitating money laundering and masking foreign influence?"