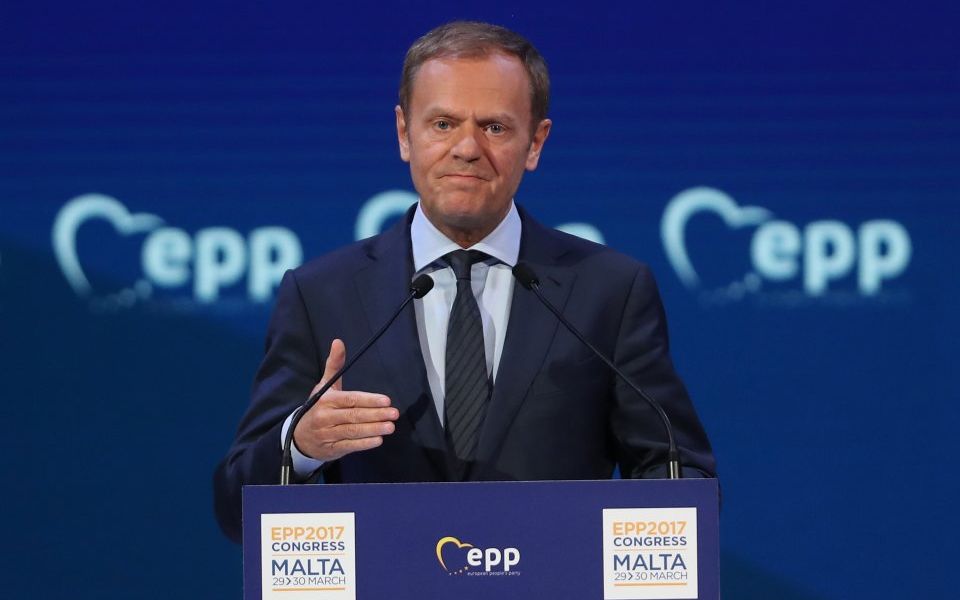 I have a crush on Donald.

No, not that Donald: not the illiterate, illiberal charlatan with a knack for whiny 5am tweets. The subject of my thoughts is the President of the European Council Donald Tusk. And my crush is strictly professional: I think he is one of the most skilled communicators around.

This is what Tusk wrote in response to a statement from a group of UK MPs last November:

"In your letter you state that the European Commission is attempting to prevents negotiations, thereby creating 'anxiety and uncertainty'… It is a very interesting argument, the only problem being that it has nothing to do with reality."

At about the same time that Tusk published this ace rebuttal, I received a memo from an organisation of which I am an alumnus. The organisation was informing me that it had decided to review the schedule of member activities for the following year and had created a committee to that effect. So far, so reasonable. That is, until I started reading the memo.

By the time I finished reading paragraph nine of this memorable text, my own concerns desperately needed sharing.

So I wrote an email to the organisation's president and asked if he was not embarrassed to put his fine name on a piece of rubbish like this.

I said that I wished I had seen this memo two decades earlier, when, as a student of structural linguistics, I had to analyse examples of tautology for a course paper — because I would have gotten a first. Finally, I suggested that he replace his speechwriter.

Writing is difficult. Sentences lay bare on the page, with no "non-verbal" stuff to obscure poor logic, weak reasoning, verbosity, sloppy grammar. And the only way to start writing well is to know what you are talking about.

Like Tusk. Tusk writes many of his own speeches, and his language is precise, direct, bold. He can be provocative, but never resort to crass aggression of Trump; he can be sarcastic, but never stoop to vacuous frivolity of Boris Johnson. Incidentally, this is what Tusk wrote about Johnson: "I propose a simple experiment. Buy a cake, eat it, and see if it is still there on the plate." And Tusk does not need nine paragraphs to make a point: he knows how to do it in two.

I do feel for the hapless speechwriter who wrote the garrulous memo on behalf of my organization's president. With only a tangent knowledge of the matter, and second-guessing what the president really wanted to say, it's natural that all he or she could muster was anodyne drivel.

In hindsight, my advice to the president was wrong. Instead of replacing the speechwriter, he should start writing his letters himself. Because no-one knows what he wants to say better than him.

And if he practices writing regularly, then, who knows, maybe one day he will write a paragraph as magnificent as this: "I categorically reject this fatalistic approach. I categorically reject this temptation to give in to these trends. I do not accept arguments about the decadence of Europe and the West, because I deeply believe that we have built together a world which, despite its imperfections, is still the best of worlds."