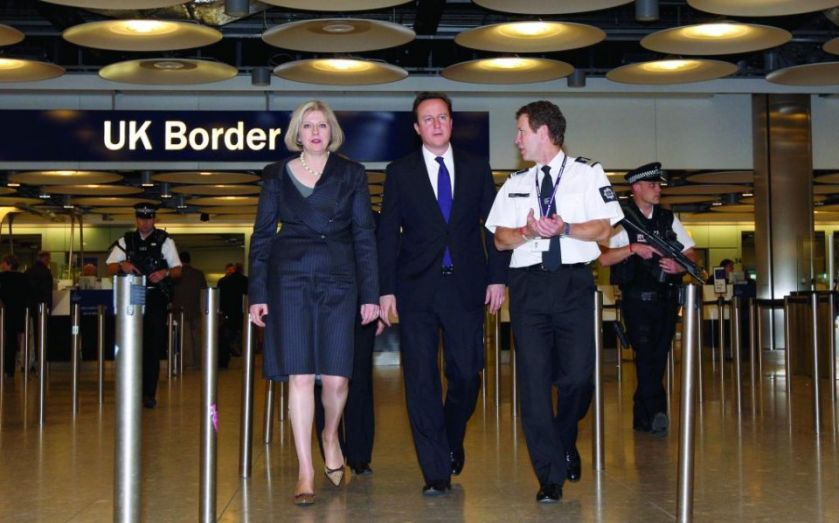 The net migration rate in the UK has risen significantly, official figures showed yesterday, leaving Prime Minister David Cameron to explain why he has failed to meet his commitment to slash the number of people who come to the UK. The PM had said that he would reduce the rate of net migration, the difference between people coming into and exiting the UK, to the “tens of thousands” per year. However, figures from the Office for National Statistics showed that it was up 298,000, a rise of 42 per cent from last year, and higher than when the coalition took office in May 2010. Immigration and security minister James Brokenshire responded to the figures: “Uncontrolled, mass immigration makes it difficult to maintain social cohesion, puts pressure on public services and can force down wages. That’s why this government is working to reduce net migration – and why today’s figures are clearly so disappointing.” A Downing Street spokeswoman also commented: “The Prime Minister is disappointed with today’s figures.” Liberal Democrat leader Nick Clegg said that he had previously warned his Conservative coalition partners not to pursue the target. The deputy prime minister said: “It is very embarrassing for the Conservatives. They made a huge amount of fanfare about it and they were warned by me and others ‘Don’t do this, it doesn’t make any sense’.” Ukip is looking to capitalise on people’s concern about immigration at May’s General Election, and pounced on yesterday’s announcement. Steven Woolfe, the party’s migration spokesman, commented: “The government should be ashamed of its abject failure to keep control of the constantly rising numbers of those arriving here.” However, some commentators welcomed the rise, saying it reflected the growth of the UK economy, and the availability of jobs. The ONS figures show that 271,000 people immigrated to the UK for work in the year ending September 2014. Political economist Philippe Legrain said: “I think that it’s a good thing that there’s an extra 298,000 people, net, coming to this country to contribute to the economy and society.” Legrain is also highly critical of Cameron’s initial pledge to cut net migration. “I think it was always an absurd target,” he said. Jonathan Portes, director of the Niesr think tank, also welcomed the figures. “It’s a good thing, it reflects that the UK economy is doing reasonably well, particularly compared to continental Europe,” he said.