EU refugee crisis: The immigration crisis is a greater threat to the survival of the euro than Greece 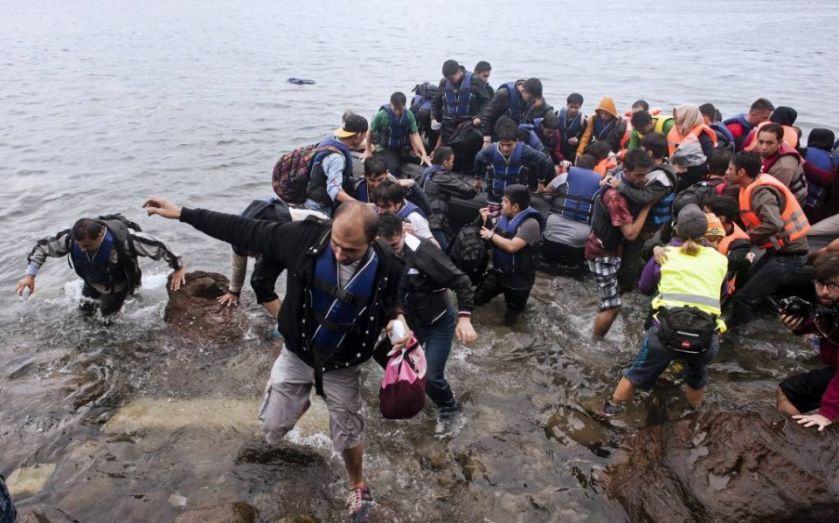 In my 2013 book, The Fall of the Euro, I speculated about what it would take politically to generate an exit from the euro by one or more member countries.

What held the euro together during the most intense period of the crisis of 2010-12 was what I termed the “centrist supremacy” – that is the ability of centrist parties to hang on to power, regardless of their poor economic track record, thereby keeping anti-austerity or anti-euro parties out of government.

It is from this perspective that the Syriza victory in the January Greek election was so notable: For the first time in the history of the Eurozone, a non-centrist and anti-austerity government was in power. But that is now an old story.

The second victory of Syriza during this weekend’s Greek election is less consequential. This is because Syriza itself has moved dramatically toward the centre. The most left-wing members of the party have been purged and Prime Minister Tsipras has turned 180 degrees and is now pro-bailout.

It may be premature to call the Syriza-led government centrist, but, notably, it is no longer on a collision course with the centrist consensus in the rest of the Eurozone. Despite a volatile political environment in Athens, Greece now more or less fits into the broader story around Eurozone politics.

Within this narrative, centrist forces who have maintained a degree of status quo have tended to succeed in the end. To this day, it is this dynamic that is holding the euro together. Without a centrist consensus at the political level, the euro would have splintered already.

Even the election of a populist government in Greece, however, was not enough to mobilise an exit from the euro.

That is the lesson from 2015: The fear of the unknown that is associated with a contemplated departure from the euro turned out to be too great for policy makers to embrace an exit from the common currency.

Plenty of policy makers loathe austerity, but in the end, they see the gradual pain associated with a sub-optimal currency regime as easier to accept than would be the acute pain that may result from a move to an independent currency.

What could change this?  The pain associated with austerity has not been enough to fundamentally alter the political dynamics in the Eurozone. And while frustration with EU red tape may be enough to create anti-EU sentiment in the U.K., it is not enough to trigger broad-based anti-euro sentiment in countries that already use the euro.

However, the escalating immigration crisis could be a different matter. Images of multitudes of refugees threatening to overwhelm security in Hungary, Austria, and even in Calais, have the potential to redefine European politics and policy. To many voters preserving law and order may be seen as paramount, and this could challenge the centrist consensus from a new, non-economic, angle.

The political situation in Europe is highly uncertain. Further political integration already seemed an unrealistic ideal even before the refugee crisis started. But now, real political discord is a much more elevated risk. Disagreement around this crisis could, ultimately, trigger a real political crisis, which has the potential to cause a splintering of the EU and the euro.

This time, however, the epicentre of such a crisis would not necessarily be Greece.