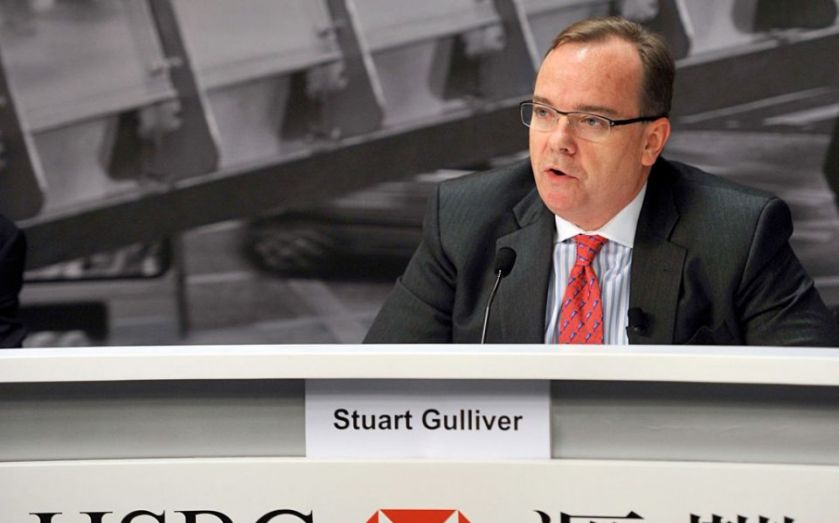 In the 1990s, Stuart Gulliver went to what look like extraordinary lengths to hide his bonus – he was paid in a Swiss account, held in the name of a Panamanian company.

It looks shady, in light of the latest round of revelations of tax evasion through Swiss accounts. And the extra scrutiny comes at a difficult time for the bank.

As it approaches its 150th birthday, HSBC has stumbled from its successes surviving the financial crisis and into a series of scandals on forex benchmark rigging, breaking sanctions against Iran and helping clients dodge taxes.

But the story about Gulliver’s accounts shows another side to nosey, badly behaved bankers.

“This is a completely everyday explanation,” says the chief executive.

At least, it was an everyday explanation to anyone who is familiar with banks’ systems.

“The computer system in the trading room enabled everyone to access everyone’s bank accounts. The bonus payments came in one lump sum and were not deferred, so everyone would look at everyone’s bonus,” Gulliver explains. “So everyone opened an account outside Hong Kong to create privacy.”

Yet that was not enough – the bank’s Swiss staff could still see into your account in that country. Often the most highly-paid banker in the Hong Kong unit, the future chief executive did not want colleagues and rivals to know the details of his pay.

“The Panamanian company protected me from the Swiss staff,” completing the convoluted system.

If that sort of abuse was rife – to the extent that traders had to set up hidden accounts abroad to keep their privacy from the worker on the next desk – then it is abundantly clear that these staff were not always on their best behaviour.

Since then Gulliver has moved up the hierarchy at the bank, including a move to the UK in 2003, and full public reporting of his pay since 2009 as he became an executive director.

Those disclosures mean we can see his bonus for last year was cut by £500,000 because of the forex wrongdoing, while more than £1.2m was clawed back from previous awards – a sign that bosses do now suffer when things go wrong. Similarly, five staff lost their jobs over the FX scandal, with millions in bonuses clawed back.

In many ways this story exemplifies the shift in HSBC’s culture, and that of the wider industry over recent decades.

Since then, the bank has tried hard to change, ditching dodgy clients and pulling out of countries where it cannot properly limit risks.

Gulliver blames some of the bad behaviour on the boom years, as the bank overstretched itself.

That hiring spree of 200,000 in just eight years was too fast to manage.

Now the bank is back down to 266,000 and has pulled out of scores of countries.

“I don’t think the firm is too big to manage,” Gulliver now believes – but the bank is still enormous, and he cannot be across everything.

“Could it never happen again? I cannot know what all the staff are doing all of the time.”