How does the stock market perform when the VIX fear gauge surges? 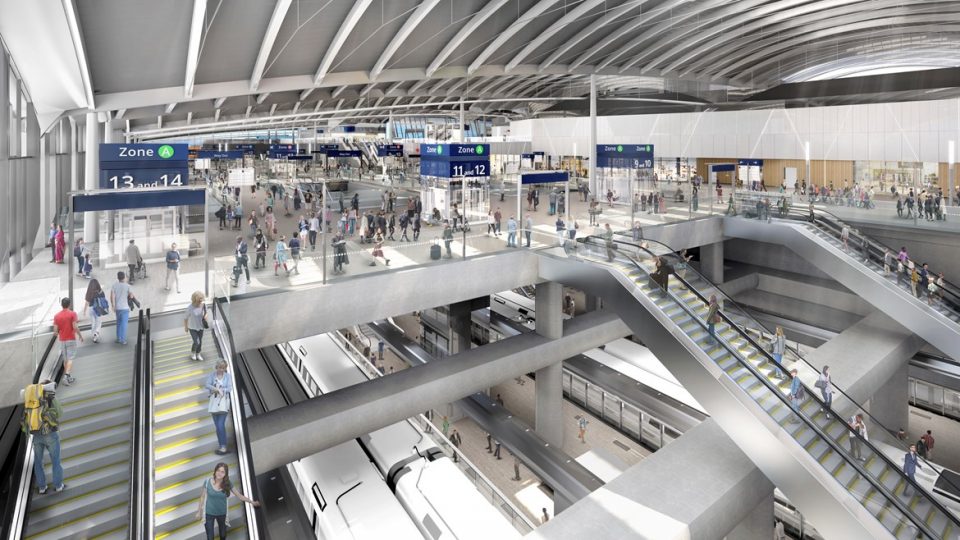 HS2 has unveiled its new designs for its planned passenger super-hub at Old Oak Common in west London, which will serve 250,000 passengers per day.

The plans for the new hub, which were submitted for planning approval today, are part of a wider regeneration project for Old Oak and Park Royal, which will see the former industrial site transformed into a new neighbourhood.

Six 450m HS2 platforms will be built in an 850m long underground box, with twin tunnels taking high speed trains east to the southern terminus at Euston and west to the outskirts of London.

The planning application will now be considered by Old Oak and Park Royal Development Corporation and a decision is expected this summer.

“The submission is the next step in HS2’s delivery of a world class railway, with landmark station architecture designed with future passengers in mind.

“HS2 will transform Old Oak Common, and will be the key to unlocking thousands of new jobs and homes around what will be the UK’s best connected transport hub.”

Last week Prime Minister Boris Johnson gave HS2 the go-ahead, after the final decision on the controversial rail project was delayed until after December’s general election.

The high speed rail link will run between London and Birmingham initially, before splitting onto two branches going onto Manchester and Leeds.

It is thought that due to the spiralling costs of the project, which is now expected to cost £100bn, Johnson is likely to call for a review of the northern section of rail line.

One option could be to build the section between Old Oak Common and Birmingham first, with the section heading into Euston carried out as a separate piece of work and the northern sections following subsequently.

Johnson is thought to be keen to back big infrastructure projects like HS2 and Huawei as part of his election promise to level up the economy to places outside of London.