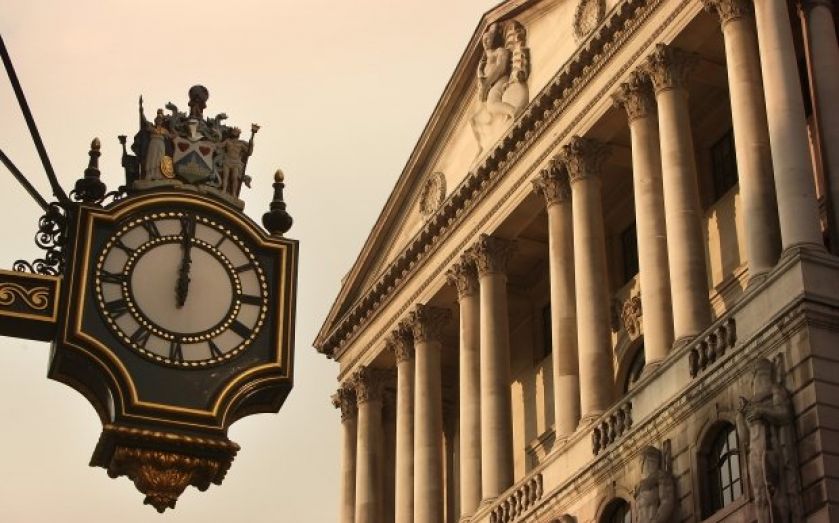 Three monetary Policy Committee members, including governor Mark Carney, have voiced the view in recent weeks that rates may only rise to somewhere between two and three per cent, even after years of relatively solid recovery.

The rough level was suggested in the February inflation report, and ever-proactive TUC senior economist Duncan Weldon blogged on the issue last month.

In Miles’ recent speech, he suggested that instantaneous risk-free forward yields could stay at about three per cent in five years’ time, and may not rise above four per cent in decades to come.

If Miles’ “new normal” rates were accurate, this would put Bank Rate at a historically very low level even by 2017 or so, and significantly reduce the potential for interest rate reductions (which still leave a positive rate).

Rate adjustments have been much more moderate since the onset of inflation targeting, but the reduction between July 2007 and March 2009 still added up to a drop of 525 basis points.

Even a relatively minor US recession in 2001 prompted the Bank to cut rates by 225 basis points cumulatively – something that would have been much more difficult if the Bank Rate had started the year at 2.5 per cent.

Below are three options that central banks might look at in an environment where the healthy policy rate is historically low.

Rather than being an unconventional policy, asset purchases could become a normal part of monetary policy, along with forward guidance.

There might be a new role for macro prudential policies, enacted with the goal of supporting financial stability. With regulatory policy in vogue since the crisis, economists like Jose Vinals (IMF director of the monetary and capital markets department) have suggested that the financial repression effects could be positive to moderating business cycles:

To the extent that macroprudential policy reduces systemic risks and creates buffers, this helps monetary policy in the face of adverse financial shocks. It can reduce the risk that monetary policy runs into constraints such as the zero lower bound—recently hit by many advanced economies.

To many monetarists, the zero lower bound is seen as a choice – Professor Miles Kimball certainly agrees, advocating a move to an electronic money: without cash, which earns no interest, a negative interest rate on electronic money would be possible.

Under current monetary systems, paper currency (and coins) guarantee a zero nominal rate of return, apart from storage costs, which are relatively small. It is then difficult for central banks to reduce their target interest rates below the rate of return on paper currency storage, which is not far below zero.

On his blog, he adds:

The bottom line is that all we have to do to give the Fed (and other central banks) unlimited power to lower short-term interest rates is to demote paper currency from its role as a yardstick for prices and other economic values—what economists call the “unit of account” function of money.