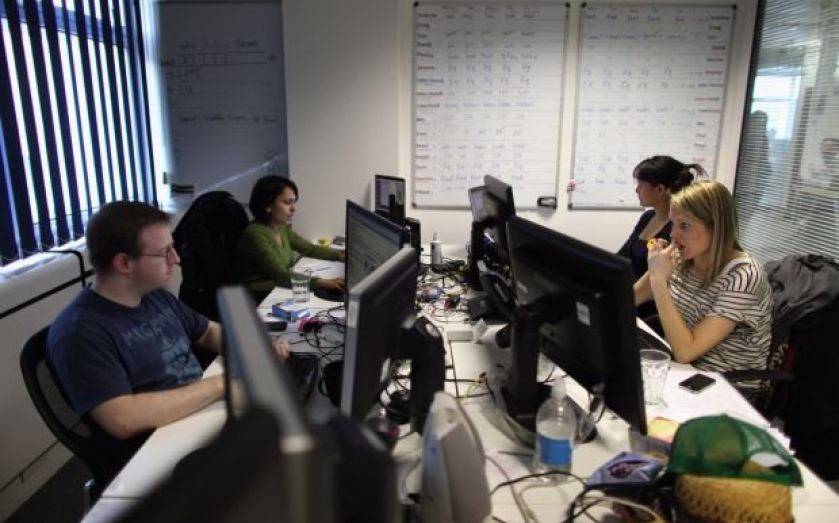 Just four years after the Prime Minister and the mayor of London launched the Tech City initiative, London now has one of the fastest growing technology sectors in the world. Visitors to any of its tech hubs will be struck by the industry and dynamism of the capital’s entrepreneurs and startups, driving innovation and change.

Over the next decade, London’s tech sector is forecast to grow at over 5 per cent a year, creating 46,000 new jobs and delivering an additional £12bn of economic activity. But is there more we can do to supercharge that growth?

A report this morning from Sherry Coutu, one of the UK’s most respected entrepreneurs and a technology ambassador for the mayor, says we could create billions more new economic activity in the medium term, and thousands of new jobs, by helping British startups to grow into major firms, effectively becoming “scale-ups”.

Some critics doubt whether London can support this growth. They argue that it has yet to produce a truly global tech company on the scale of a Google or an Amazon. Instead, too many of London’s fledgling tech firms either get taken over at a significant discount to their potential, or move overseas to be closer to international investors.

But the hundreds of international technology companies flocking to London tell a different story. They come because they want to access the capital’s incredible talent pool, the financial institutions in the city, and because London has one of the largest clusters of corporate decision-makers in the world. As a result, record levels of funding are now being invested in tech businesses located in London.

Taken together, this means London is now one of the best places in the world to scale-up a business. We can already boast some amazing success stories. Markit, Zoopla, Spotify, Asos, Just Eat, King Digital and Monitise have all scaled-up billion dollar tech companies here. London is where they have chosen to locate because it offers all the ingredients to grow and reach out to international markets.

But we can create more tech successes like these if we get better at identifying scale-ups and targeting support towards them. Of the scale-up leaders polled for today’s report, 87 per cent said they could grow their companies faster if others could identify them as a scale-up. We also need to work closely with industry to help them get the resources they need, whether access to capital or trained workers.

We can also help by providing new development opportunities. For example, the Datastore launched by the Greater London Authority in 2010 publishes 600 datasets on aspects of London life, such as employment, crime, transport and housing. More than 200 apps have already been built with this data, including the worldwide success Citymapper. Many similar potential avenues of innovation surely exist, ready for smart minds to explore.

The intent of Tech City was to establish a mindset to accelerate digital innovation, and to spread the potential of the sector across London and beyond. We have come a long way in achieving that goal, but we can do even more by turning startup clusters into a scale-up nation. It is in all of our interests. And in London, we are taking the steps to ensure the innovation so abundant in our city is converted into long-term economic gains for all.