How to pass the time during your commute: One in three Britons watch TV while commuting, with Doctor Who and The Office most popular shows 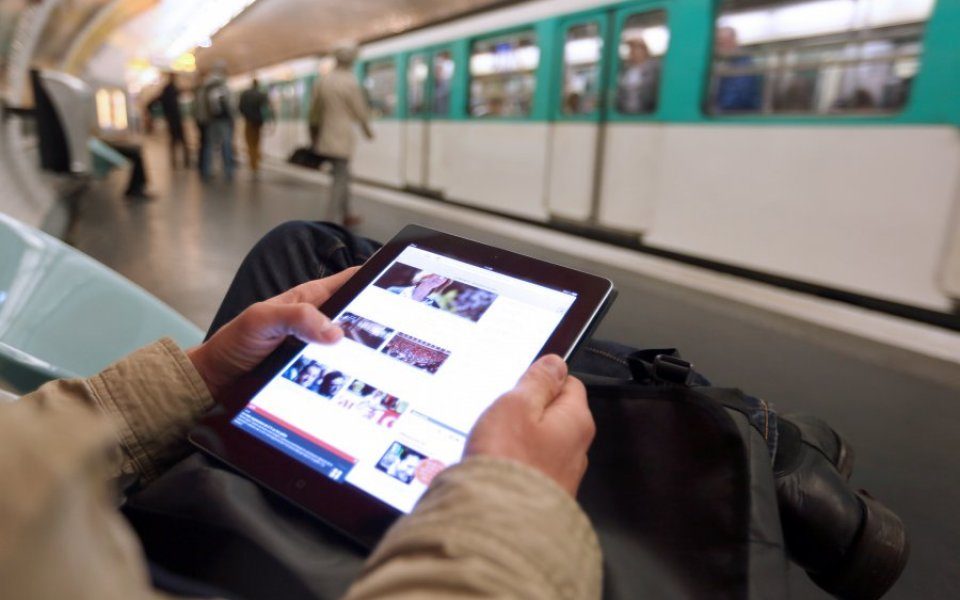 Our daily commutes are taking up a steadily growing chunk of our time, so it’s no surprise that we’re always on the hunt for new ways to keep ourselves entertained throughout rush hour.

And it seems that checking Twitter, beating a high score 2048 or even something as retro as reading a newspaper is no longer enough

Instead, commuters are increasingly using the 72 minutes (gulp) that we travel every day to catch up on their favourite TV shows. More than one in three commuters watch TV on their journey to or from work at least once a week, a new survey has found.

Doctor Who is the most watched BBC show amongst commuters, with The Office as the runner-up, according to the study from O2 Priority.

It seems British comedy is the way to a happy (ish) rush hour, with 51 per cent of those polled listing it as their favourite genre to watch on their commute.

This is just the latest symptom of our transforming TV habits. A study from the Internet Advertising Bureau (IAB) has found that the TV-centric living room is in decline, with only half of UK adults saying it’s the focal point of their living room.

Some seven in 10 polled – and nearly all millennials – also say they use a connected device whilst watching TV.

“Second screening is ingrained to such a degree that all screens are now equal, there’s no hierarchy, only fragmentation of attention – actually switch-screening is a much more accurate term,” said Tim Elkington, the IAB’s chief strategy officer.