How Thriva is putting its customers' health to the test 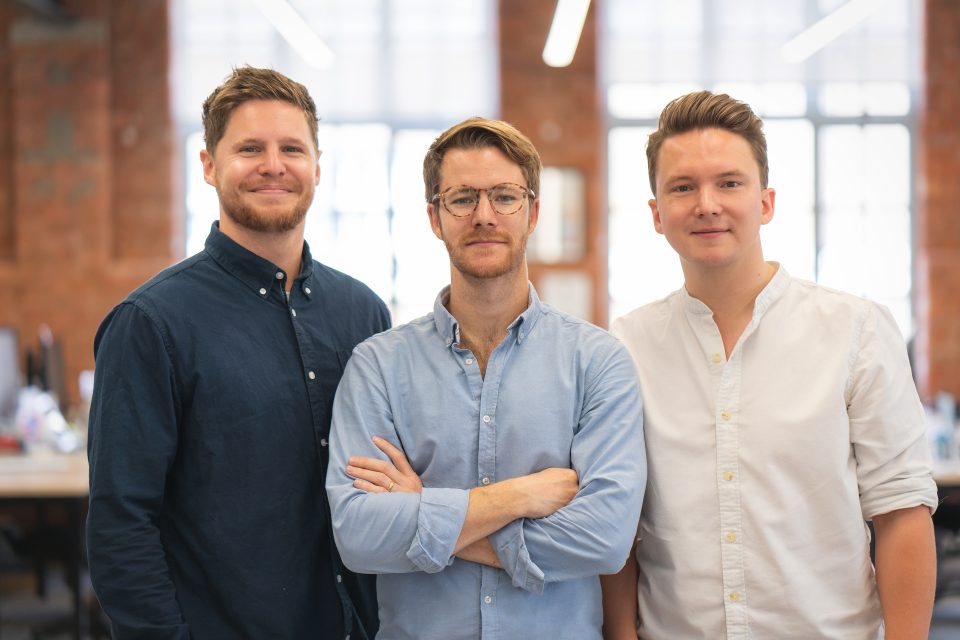 Standing in the middle of a street in Farringdon, it’s hard to know if I’m in the right place.

After scanning the list of businesses by the side of the door, I finally spot the name Thriva, and enter a reception-less building where I’m meeting co-founder and chief executive Hamish Grierson.

Thriva specialises in blood tests, and while I half-expect the office to be clinical, it feels far more like a tech company than a lab. This young business might not be big and bold, or even necessarily disruptive, but it is doing something potentially very useful.

If you’ve ever needed to take a blood test, you’re probably familiar with how painful the process can be — and not just the needles. More often than not, you have to book the time off work to visit your doctors’ surgery, where an over-stretched health practitioner will take your blood. You then have to wait weeks for the results, by which point you’re probably feeling better anyway.

So what if you could take a blood sample at your own convenience and be able to see your results online within a couple of days? It’s an inherently simple idea, but that’s the basic premise of what Thriva does.

You don’t need a doctor’s referral to use the service. Instead, you answer some basic questions on Thriva’s website to gauge what your health focus is. The firm will then recommend the types of things that you might want testing — from cholesterol to liver function, vitamin B12 to iron. Tests start at £24 for an “essential package”, and you can also subscribe for regular blood testing to track your health.

Thriva sends you a test to collect a sample (a vial of blood, taken from your finger, can be tested against the different biomarkers), which you send back in the post. “The labs analyse that sample within four hours of it arriving,” explains Grierson, who founded the business in 2016 alongside Eliot Brooks (chief operations officer) and Tom Livesey (chief technology officer).

“Once the results arrive, we put them in front of one of our NHS-trained GPs, and within 36 to 48 hours from the moment you posted it, you will get a notification saying your results are in and asking you to log in to your personalised dashboard.”

In rare cases, Grierson says the results show up something that needs to be addressed with a GP. “For the vast majority of people who don’t have a serious issue, but who want to improve their health, we help explain what that test marker is doing and explain what to do about it.”

The inspiration for the company came when Grierson and Brooks were working together at payments company Travelex. Brooks was all too familiar with the hassle of blood tests for people with pre-existing medical issues, as he had to ask for time off work to get a test every three months because of an inherited cholesterol condition. The pair questioned why there had been such a shift across industries which have put consumers in control of services, but not so much in healthcare.

“We have seen these amazing innovations in the way we shop, bank and travel, but what was missing was consumer-centric proactive products to help with wellbeing,” Grierson says. “It’s still very much in its infancy.”

Of course, wearable fitness trackers come to mind, and Grierson agrees that these devices can help achieve certain goals. But while wearables can give you a superficial idea of how your body is performing, he argues that Thriva does more. “It helps you understand something more deterministic of how you feel, and how exposed you are to long-term risk.”

Indeed, many of Thriva’s customers are buying the home kits not because they are unwell, but to use the information to try to prevent illness later down the line. “If you get sick, you get caught by the healthcare system, but how do you stay on the front foot? That’s the place we want to play.”

Grierson says people often see health as binary — that you’re either ill or well. But people, he says, can be anywhere on a spectrum. “For those who want to move towards optimal health, that’s where we come in. The GP service can’t help them do that, and in fairness it’s not designed to.”

The co-founder also acknowledges that if more people feel in control of their health and are able to stay well for longer, the NHS might be in better shape than it is today.

While you might expect Thriva’s typical customer to be young health-conscious types who have replaced the pub with the gym, the customer base is broad, ranging from 20 years old right through to 80. “Some people want more energy, are looking to have kids, improve fitness performance or sleep better, and there are those that just want peace of mind,” Grierson says.

We can’t talk about a blood-testing business without mentioning Theranos, the infamous healthtech firm that falsely claimed to have invented a machine that could test for hundreds of conditions with just a finger-prick’s worth of blood. Theranos began its downward spiral in 2015, and eventually shut down in 2018. Its disgraced founder has now been indicted for wire fraud.

I ask if Thriva was affected by the scandal. What Theranos claimed to be able to do — test so many factors with so little blood — is currently impossible. Isn’t Thriva promising something similar?

Grierson is of course keen to point out the differences between the companies — and not just because Thriva tests require more blood.

“While Theranos was building testing technology, we are deliberately using tried and tested technology. It’s had no impact on our customers over here, but every single investor has been alert to the issue.”

He admits that the early fundraising was tricky, because investors had to be persuaded that people were going to pay money to bleed into a tube. “But that’s totally changed, because they now all see it’s a means to an end — the end being the proactive health revolution, which is hard to argue with now.”

This brings me onto my final question: could healthtech — a term which didn’t exist a few years ago — be a fad? While today we are increasingly using gadgets to help us understand our health, that’s not to say the next generations will.

Grierson, unsurprisingly, thinks this is just the beginning. “When you ask people if they would rather live longer, or live a higher proportion of that life well, it’s always the latter,” he says.

“If you look at the core engineering of human psychology, there is something innate in our desire to live and live well — it’s a survival mechanism. Does the idea of wanting to live better for longer go away? I don’t think it does.”