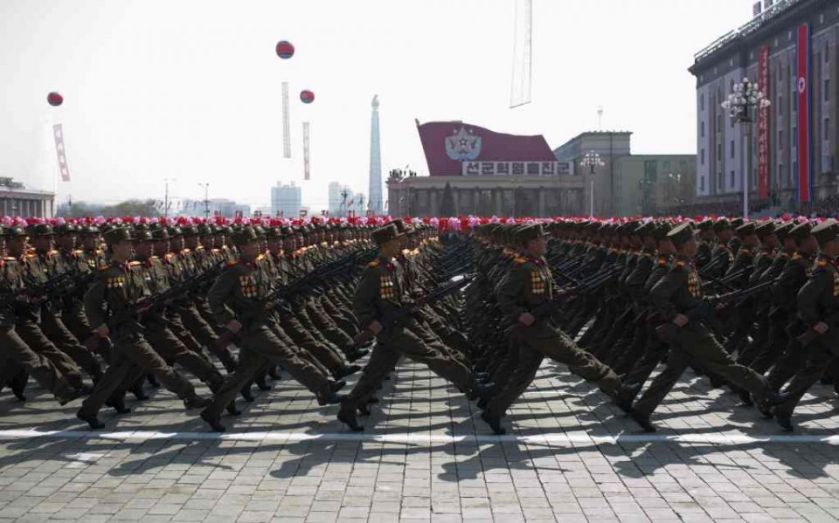 Reports of a massive, nine-and-a-half hour internet outage after a distributed denial of service (DDoS) attack in North Korea – possibly by the US, possibly in revenge for the Sony hack – have raised eyebrows.
The country famously censors its internet to the point of uselessness. So just how much of an effect did the outage actually have?

It might be seen as the ultimate equaliser in the rest of the world, but internet in North Korea is a decidedly class-based thing.
While a select group of students and government officials – plus, of course, foreigners – have access to the outside world, the rest of the country has to make do with a sort of intranet, known as the Kwanmyong. This, from the BBC, suggests it’s mainly based on recipes and health advice.
Technology blog North Korea Tech reported in November that the Kwanmyong has been upgraded, with a new translation function and a “managing program in which users themselves can change, design and insert field structure through the building of databases, creating, recording, adding, deleting and changing, and made a free transforming tool between different databases and Kwangmyong”. So that was exciting.
There's also evidence foreigners have access to social media – not least from the excellent everydaydprk Instagram account, which depicts everyday life in the country.

A photo posted by Everyday DPRK (@everydaydprk) on

Just as in the rest of the world, smartphones are very definitely A Thing in North Korea. So much so that local media has lambasted consumers for“impolite behaviour” when it comes to phone use.

As mobile phones are being used increasingly in today's society, there has been a tendency among some people to neglect proper phone etiquette… Speaking loudly or arguing over the phone in public places where many people are gathered is thoughtless and impolite behaviour.

The country has manufactured its own smartphone, the Arirang AS1201, named after a popular folk song, and a tablet, the Achim, although pundits reckon both are even cheaper knock-offs of already-quite-cheap Chinese gadgets.
The country’s only mobile network, Koryolink, is 75 per cent owned by Egyptian firm Orascom Telecom Media (the rest is owned by the state, natch), and runs a 3G service, allowing users to access a very limited online service.

The North Korean government isn't entirely against the internet: check out this video, made by one of its tour companies

Launched in December 2008, it hit two million subscribers in late May, just 15 months after it passed the one million-mark, according to North Korea Tech, and now covers most major towns.
The service doesn’t come cheap, mind, meaning it’s out of reach to most North Korean citizens. And while foreigners used to sneakily leave behind their Sim cards, which are less tightly controlled, for locals to use, the government has cracked down on that practice.
But where there’s a will, there’s a way. Citizens can get a bit of signal from Chinese and South Korean mobile networks near borders, and the entrepreneurial have started a business smuggling phones from both countries into North Korea, and giving those with family abroad a way to keep in touch.

But like other governments, North Korea has seen the benefits of evolving technology, and has even courted some of the world’s largest tech companies.
In January 2013, Google chairman Eric Schmidt was invited to the country and took along his daughter, Sophie. Although she was a self-confessed “North Korea amateur”, her blog provides a pretty good insight into how internet in the country works.
Here’s her description of the country’s internet access:

North Korea has a national intranet, a walled garden of scrubbed content taken from the real internet.  Our understanding is that some university students have access to this.  On tour at the Korea Computer Center (a deranged version of the Consumer Electronics Show), they demo'd their latest invention: a tablet, running on Android, that had access to the real internet.  Whether anyone, beyond very select students, high-ranking officials or occasional American delegation tourists, actually gets to use it is unknowable.  We also saw virtual-reality software, video chat platform, musical composition software (?) and other random stuff.

And some more points worth noting:
But whether locals were badly affected by the hack or not, what’s clear is that for North Korea, technology is a source of national pride.
That’s borne out in North Korean leader Kim Jong-un’s statement following yesterday’s hack, in which he called the US an “ill-famed cesspool of justice” and the Sony hack a “righteous deed”. Not afraid of a bit of hyperbole, that one…