Manchester City’s owners heralded the “incredible potential that exists in China” after selling a 13 per cent stake in their company to a Chinese consortium for £265m on Tuesday.

City Football Group (CFG), which also owns New York City FC, Melbourne City FC and a stake in Yokohama Marinos has been valued at £2bn by the investment, which was led by state-backed China Media Capital Holdings (CMC).

Chairman Khaldoon Al Mubarak talked up “the incredible potential that exists in China, both for CFG and at large” after announcing the investment which City say they intent spend not on transfers but on infrastructure and further international expansion.

City follow Atletico Madrid and Inter Milan in selling a significant stake of their club to Chinese investors, while other European giants such as Real Madrid, Bayern Munich and Juventus have agreed lucrative partnerships with e-commerce giant Alibaba.

According to Simon Chadwick, professor of Sports Enterprise at Salford University, the latest deal is “just the tip of the iceberg” in English-Chinese football partnerships.

“In terms of fan engagement there are real opportunities there for City to gain supporters, and once people become City supporters they start buying shirts, start trying to attend games and so on.

“Historically, Italian football has always been the No1 league in China. But I think the Premier League has really clawed back a lot of territory.”

Yet alongside more traditional merchandise and sponsorship opportunities, the investment may also mark the start of a mutually beneficial football relationship that could see CFG set up its fifth franchise in a country currently embarking on a nationwide drive to improve its football fortunes.

Led by a football lover in president Xi Jinping, who visited City’s state of the art Etihad Campus academy complex last month, the Chinese government has made the sport a compulsory exercise in every school and unveiled a 50-point plan, which includes the establishment of 50,000 soccer schools, to turn the country into a “soccer powerhouse”. 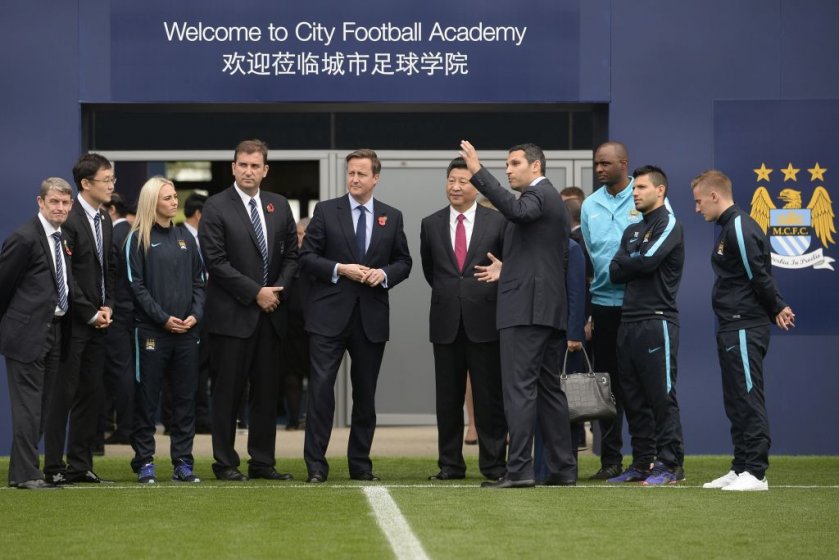 “The Chinese government has committed to acquiring the resources it needs to put itself in a position where it can bid for the World Cup and actually win it,” said Chadwick.

“This is all centrally driven by the state. There’s a political and soft power agenda – the Chinese want to be the best at the world’s game.

And if such lessons can help mould China into a footballing superpower, City could then be well placed to benefit, suggests Chris Brady, a professor at Salford’s Centre for Sports Business.

“You can imagine how that’s going to explode over the next few years when you’ve got a millions of kids playing football as opposed to a hundred thousand in this country," he said.

“If those Chinese academies develop players capable of playing abroad, those footballers will generate commercial revenue [for their European teams] through people watching back home.”