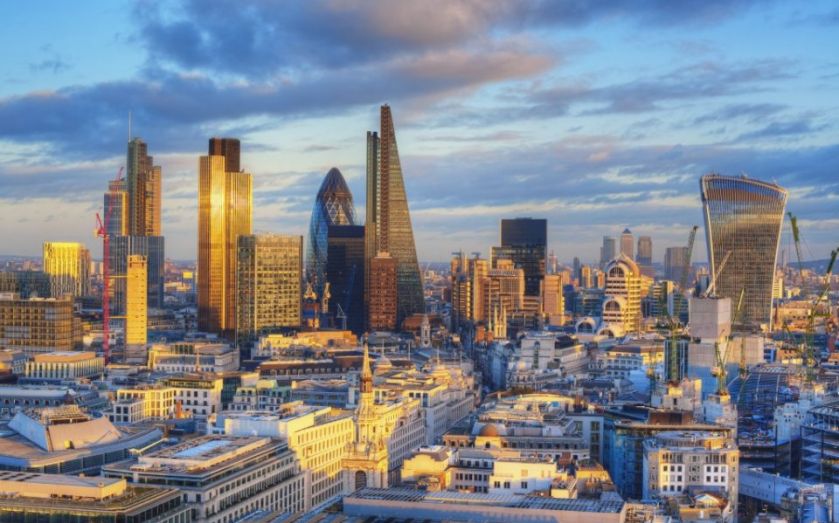 London's traditionally low-rise skyline is experiencing a boom in the number of tall buildings being built, with most of these residential as developers scramble to meet housing demand from the capital’s growing population.
Research from think tank New London Architecture (NLA) and consultants GL Hearn shows 263 tall buildings over 20 storeys high are being proposed, have been approved or are under construction in Greater London, compared with 236 last year.
The number of buildings under construction has dramatically increased to 70, from the 45 recorded in last year’s survey, while the number of towers with planning consent but not yet onsite has fallen by six per cent, suggesting more's being done to kick-start new schemes.
Most of the towers being built (62 out of the 70) are residential and could provide approximately 14,800 new homes for the capital, the NLA said. In total, some 80 per cent of all 263 towers in the pipeline are residential-led schemes, with Tower Hamlets the heart of the building boom.
After Tower Hamlets, the areas that have seen the most planning applications over the last 12-months after are Wandsworth (11), Greenwich (8) and Lambeth (10).
Investors have been pouring capital into London real estate to exploit the city’s chronic housing shortage and lucrative returns from rising house prices. Shovels hit the ground over the last year at The Ram Brewery site in Wandsworth, which is being built by the Chinese state-owned developer Greenland Group.  Meanwhile Australian giant Lend Lease is building 3,000 new homes as part of its £1.5bn regeneration of Elephant and Castle – with One the Elephant, a 37-storey tower, at the heart of it.
There has been a lot of debate over London’s tower boom and the impact on local communities. In Shoreditch, Hammerson and Ballymore’s proposed redevelopment of the historic Bishopsgate Goods Yard site has sparked opposition from local campaign groups, who have accused the developers of proposing unnaffordable residential towers that will serve as “deposit-boxes in the sky” and corporate offices that are at odds with the entrepreneurial community in the area.
Deputy Mayor of London for policy and planning, Sir Edward Lister, said: “London remains a generally low rise city but with the capital set to be home to ten million people by 2030 there is no doubt that sensibly managed and well-designed tall buildings, which sit well within their surroundings, have a key role to play in meeting the challenge of our rapidly increasing population.
“They help provide the choice of housing that Londoners demand and are making a significant contribution with 14,800 units approved. We are working closely with our Boroughs to identify the best locations for clusters of tall buildings, particularly within our Opportunity Areas and this research shows that the vast majority of tall buildings are being built in carefully planned clusters.”

Where you can live on top of the world

Plans for Newfoundland (above), Canary Wharf Group's first ever residential tower, are currently in the planning system.   The proposed 58-storey luxury residential tower will create around 566 flats.

The Manhattan Loft Corporation, the developer behind The Chilten Firehouse and the St Pancras Renaissance Hotel restoration, has begun work on a 43-storey luxury residential skyscraper called Manhattan Loft Gardens in Stratford.

Brookfield's 50-storey residential scheme, Principal Tower, in the City was launched in September with work now underway. The Foster and Partners-designed building formed part of Principal Place, which will also be home to new offices for Amazon in 2017.

Meanwhile Australian giant Lend Lease is building 3,000 new homes as part of its £1.5bn regeneration of Elephant and Castle – with One the Elephant, a 37-storey tower, at the heart of it.
Share:
Tags: NULL