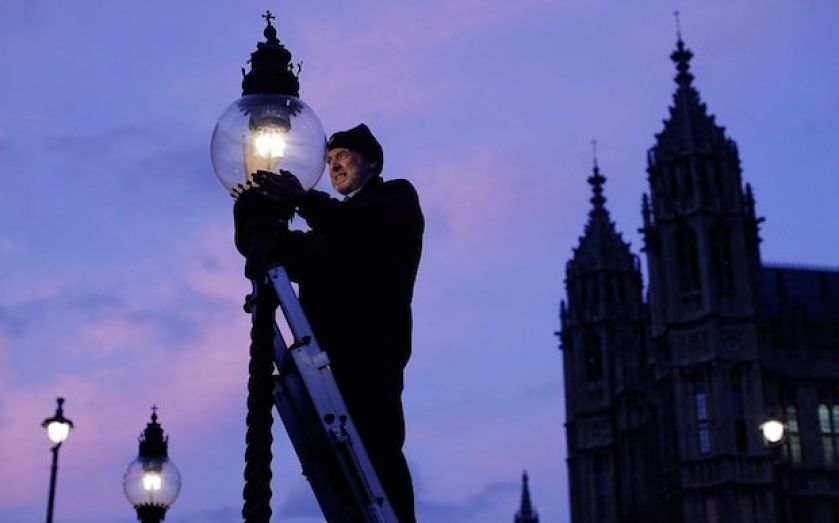 WITH so much talk about the lights going out in the UK over the next two to three years, it almost starts to be believable. In its last Electricity Capacity Assessment, Ofgem prophesied that our reserve margin of available capacity could fall below 5 per cent of total peak demand by 2015-16, raising the risk of blackouts.

At the same time, with the exception of Hinkley Point (which will not start operating until 2023), power companies are closing power stations, and postponing investment in new capacity due to the lack of a so-called “scarcity premium” (the difference between the power price and the cost of fuel, indicating that the market needs more capacity).

High levels of political uncertainty are another cause. Scottish & Southern has publicly stated that it “won’t be taking any definitive decisions on new generation investments unless comfortable with the policy position”, and Centrica has said that “we will only invest if we see sufficient value and have regulatory clarity”. The contrast with China is striking. It has announced that almost 35,000 megawatts of new solar parks will be built over the next three years, and 200 gigawatts of nuclear by 2030. So how have we got into this position?

For the answer, look back to the energy policy of the Blair-Brown days. Grand visions of a clean, self-reliant energy platform, based on 10,000 megawatts of new nuclear and at least 39,500 megawatts of offshore wind, were proposed – meeting our low carbon targets, and mitigating reliance on a projected growth in gas imports. Each technology satisfied various lobby groups, and promised to keep Britain at the top table of the global de-carbonisation agenda.

But there were two major oversights. First, the cost of new nuclear capacity is high and rising (EdF has stated it believes the capital cost of the new 3.2 gigawatt plant at Hinkley Point will be £16bn – in excess of £5m per megawatt). Offshore wind remains largely unproven and expensive (£3m per megawatt). A rough estimate of the total costs at today’s prices to build out this entire nuclear and offshore wind fleet would be close to £170bn. Nuclear and offshore wind are seven and four times more capital-intensive than gas-fired generation (which has a build cost of £0.7m per megawatt). As such, their delivery requires subsidies.

Secondly, nuclear power plants and intermittent offshore wind are not natural bedfellows – nuclear does not have the flexibility to adjust for non-windy or very windy days. How this affects power prices is not yet known, creating uncertainty even for cheaper gas plants.

So what can we do about this? In my view, the answer lies in removing the significant level of uncertainty in the power market over prices, structure and returns on capital. This uncertainty has caused utilities to shelve investment plans, and institutional investors to largely stay away from direct investment in the sector.

In this sense, the current Feed in Tariffs/Contracts for Difference (CFD) mechanism (which pays a set rate for power generation using low carbon technologies) will and should play a big role in providing institutional investors with a greater degree of confidence to provide debt and equity to the sector. In solar PV, we see pension funds and insurance companies owning both the equity and the debt on operating assets. The cost of capital of these investors is such that operating assets offering low inflation-linked returns are worth holding. Recent flotations in the renewables sector have proven that wealth funds and retail investors feel comfortable with well-structured assets, earning a regular and visible rate of return.

These positive signals in renewables should flow through to conventional generation after Electricity Market Reform. CFDs for nuclear – announced at £92.50 per megawatt hour for 35 years for Hinkley Point – will support the underlying earnings of the asset, just as a regulated rate of return underpins the net income of a regulated gas or electricity networks business.

In short, the solution must acknowledge that power generation is capital intensive. In a low wholesale power price environment, the cost of capital plays an even larger role in generating adequate returns on investment. And this can lead through to lower retail energy prices. Low cost capital can be instrumental in reducing bills by delivering new capacity at low price levels. But for capital to be attracted, we need the clarity and certainty derived from a long-term stable support mechanism.

Institutional capital should follow, and energy companies should be able to pass the lower cost of capital onto the retail customer. If solar is anything to go by, well-structured and managed conventional power plants, with long-term earnings visibility, should fit well within institutional investment portfolios. But the time for tinkering is over.

Nigel Robinson is head of power at Investec Power and Infrastructure Finance.