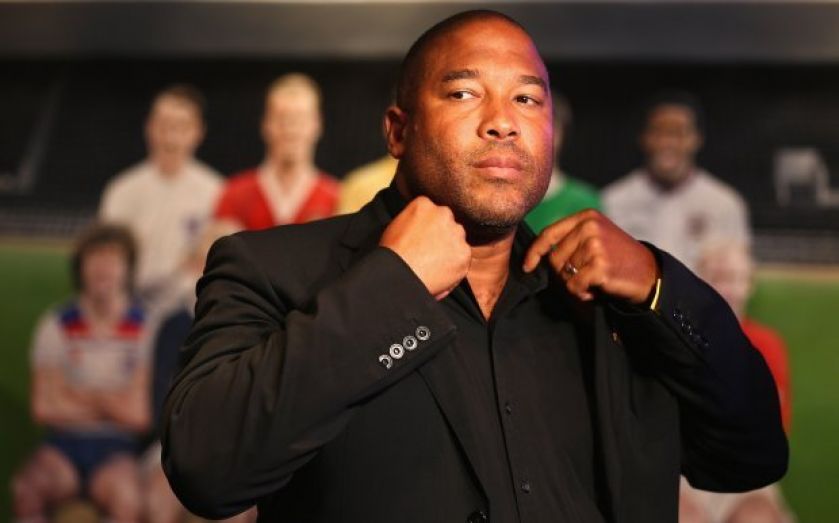 John Barnes flew in from Singapore at 6am this morning to perform a very special task for Southwark Underground station.
The former England international turned commentator took time out from his busy pre-World Cup schedule to give a service update for the station (a good service on all lines apparently).
As well as cheering up commuters, Barnes was also in the station to help Transport for London (TfL) launch its new service – it has hooked up with ESPN FC to provide commuters with football updates in the Underground.
Those rushing about the capital during the World  Cup will be able to keep up with the scores on the electronic service update boards throughout the underground network.
“People’s lives don’t stop just because the football is on so this is a great idea to help people stay on top of the results,” Barnes told us.
The former footballer was certainly in the mood to entertain. As well as giving his essential service announcement, he tried to give his rendition of The Sugarhill Gang’s “Rapper’s Delight” but the TfL team didn’t seem keen. Barnes’ 1990 England World Cup rap not a distant enough memory just yet.