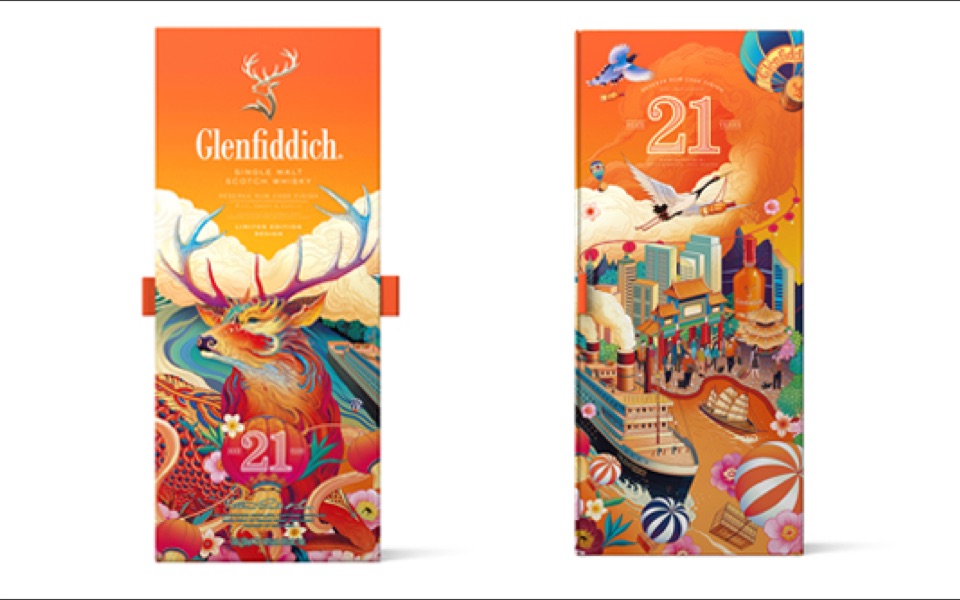 The spirits market in China is flourishing. With income among Chinese consumers rising, more Western spirits are now getting into China than are coming out. But the decades-long popularity of dark spirits among the Chinese middle classes are starting to bear fruit in the form of premium spirits now being imported into the UK.

Changyu Koya Brandy is being released for the first time in the United Kingdom through drinks distributor Bibendum. Produced by China’s oldest wine and spirits maker, both VSOP and XO expressions of the high-end spirit are available.

Founded in Yantai, Shandong province in 1892,  Changyu is China’s oldest  and most award-winning wine and brandy producer. Max von Balboa, an Austro-Hungarian consul, was its first winemaker from 1896 to 1914. He made wines including Riesling, Traminer and Yeguangbei (Luminous Cup) and his pioneering brandy won a gold medal at the Pacific Panama Fair of Nations in 1915.  He established the winery’s Specialfine Boulard and even created an early vermouth.

He was succeeded by an Italian named Badisidocci  who was in turn succeeded in 1948 by Zhu Mei who had graduated from France’s Pasteur Institute. Chen Puxianthen became the first female winemaker, working until 1993 on Changyu’s Jiebaina dry red wine. In 1987 Changyu Cabernet won a gold medal in the 25th Concours Mondial de Bruxelles.

Today Changyu’s chief winemaker is Austrian Lenz Moser, who heads an international winemaking team including a Canadian ice wine expert. Moser, who has been the chief winemaker at the Ningxia Chateau since 2013, is himself the fifteenth-generation of a winemaking family, with his grandfather credited with the invention of the pergola technique of growing grapes.

The company’s “high-grade” Koya Brandy is produced from Ugni Blanc grapes at its $44m state-of-the-art château, on the Shandong peninsula on the East China Sea. Koya VSOP is aged for six years and the XO for ten years.

Read more: Natural wine is all the rage – but what exactly is it?

Accounting for 96 per cent of the Chinese domestic brandy market, you can add one to your collection for £60. To lift a quote from Lost Boys, how could a billion Chinese people be wrong?

Celebrate the Year of the Ox with a special Scotch. Two of Scotland’s most famous brands have released  three limited editions to see in nongli xin nian –  the Chinese Lunar New Year.

Glenfiddich is offering a 21-year-old single malt in a gift pack designed by Chinese illustrator Rlon Wang, who last year reimagined an epic journey to Asia by Charles Gordon, son-in-law of Glenfiddich founder William Grant. The 2021 special edition bottle depicts the stag – known as ‘fu lu’ in Mandarin – the symbol of wealth, prosperity and longevity in Chinese culture,

Maria Ropero-Ortiz, senior brand manager at Glenfiddich UK, said: “We set out to recreate a thoughtful story of homecoming. With our maverick spirit at the heart of all that we do, we felt it was  only right to recommission Rlon Wang to bring ‘The Great Homecoming’ to life.”

The 2021 Chinese New Year design is available with the Glenfiddich Reserva Rum Cask 21Year Old. It is available through The Whiskey Exchange. www.thewhiskyexchange.com.

“I wanted to tell a story that evoked the warmth and excitement of Lunar New Year,” says Wang. “II created an illustration that comes alive with symbols of generations old and new. I loved playing with the symbiosis of Chinese and Scottish cultures – two connected countries on opposite sides of the world.”

John Walker & Sons King George V is a blend of whiskies originally crafted to celebrate the first Royal Warrant granted to Johnnie Walker in 1934 to supply Scotch whisky to the British Royal Household. It is drawn from rare casks from the now-silent Port Ellen distillery. It is the first limited edition of the John Walker & Sons King George V to be released and features bespoke artwork with a modern take on traditional Chinese patterns and designs.

“I wanted this limited edition to be something that would celebrate and honour Chinese New Year,” says Gong. “I was keen to create something that reflected the majesty of the ox, but also a work that inspired people to think about the future in a positive and optimistic way.”