Horse racing betting tips: Take some time to study the plate and you'll be backing Proschema 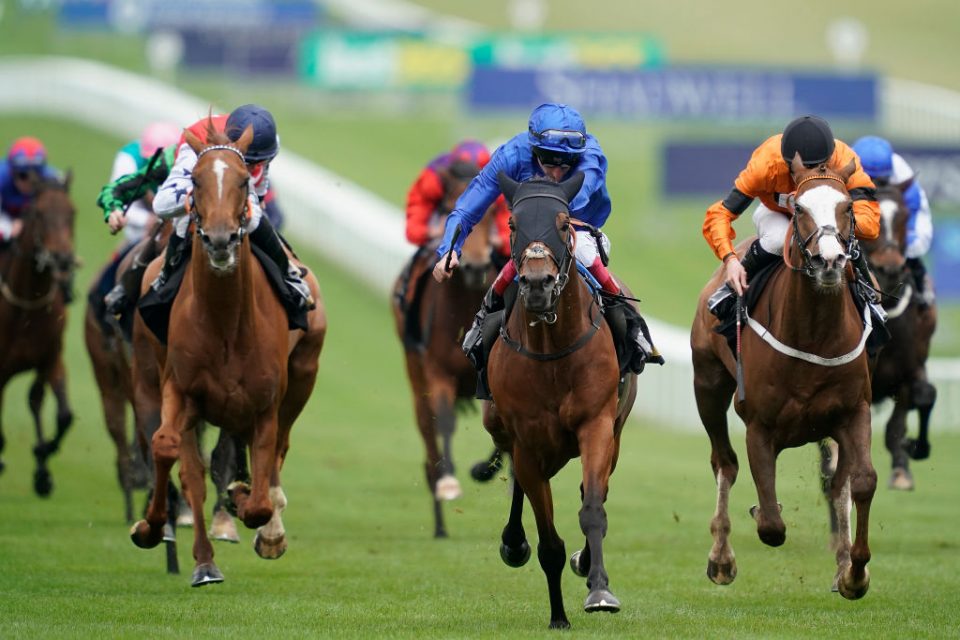 Royal Ascot and the Derby are the big June highlights for racing fans, but for lovers of the sport in the North East there is no bigger day than tomorrow’s Betfair Exchange Northumberland Plate (3.35pm) at Newcastle.

‘The Pitmen’s Derby’, established in 1833, is one of the most historic handicaps in the country.

A shade over two miles, the race was significantly changed in 2016 when it was run for the first time on an artificial Tapeta surface, having previously been run on turf.

We have seen some very decent horses scoop the prize in recent years, not least Withhold 12 months ago who won impressively before being targeted at the Melbourne Cup.

The trip Down Under didn’t go to plan for Roger Charlton’s inmate as he burst a blood vessel in the Geelong Cup.

This will be his first start since then, but an absence has never been a problem for this gelded son of Champs Elysees and he certainly isn’t handicapped out of it off an 8lb higher mark.

He isn’t quite a big enough price for me, though, and the first one I will be backing is TIME TO STUDY for the inform Ian Williams yard.

The five-year-old was an excellent third behind stablemate The Grand Visir in the Ascot Stakes last week, not quite seeing out the 2m4f trip on soft ground.

That was just his third start for Williams, who is mustard with this type of horse.

Time To Study was sixth in this race last year when trained by Mark Johnston off a mark of 108. He lines up tomorrow off just 96 so is clearly well-handicapped.

A concern is the short turnaround, but four of his five career wins have come with a gap of less than two weeks since his last run.

Kerrin McEvoy, the 2018 Melbourne Cup-winning jockey, was booked early in the week and Time To Study looks a good each-way bet at 16/1 with Ladbrokes.

I will also be backing Tom Dascombe’s PROSCHEMA at 14/1 with Coral.

Regular followers of this column will remember the four-year-old rewarding each-way support at Newmarket a few weeks ago when finishing third behind Red Galileo.

He relished the step up to 1m6f and the extra two should be within his compass tomorrow.

Jane Elliott takes off a valuable 3lbs from the saddle and even though this will be his first start on the all-weather, he should be well suited to it.

Speedo Boy, another Williams runner, is also respected having split Red Galileo and Proschema at HQ.

He normally runs his race but doesn’t look particularly well treated off 98.

There are plenty of other dangers, including Roger Varian’s Gibbs Hill, but he has been off the track for a very long time and is now much higher in the weights than when winning a Class Three handicap at Kempton almost two years ago.

The best quality race on Newcastle’s card is the Group Three Betfair Exchange Chipchase Stakes (2.25pm), which looks at the mercy of James Tate’s INVINCIBLE ARMY if he has recovered from last week’s Diamond Jubilee exertions.

The son of Invincible Spirit could only finish seventh at Ascot, but he didn’t run badly at all, just getting tired in the closing stages.

It may just be that Ascot doesn’t really play to his strengths and he is one from one on the all-weather having won a Group Three at Kempton in September 2017.

He has to carry a Group Two penalty here which makes things tougher, but it doesn’t look the strongest renewal and he has to be the bet at 15/8 with Ladbrokes.

The main danger is Mr Lupton who won a Group Two at the Curragh on his reappearance last month.

He therefore also has to carry a penalty and is probably a little more exposed than the selection.

He also disappointed the only time he raced on the all-weather when fifth in this race three years ago.

Horse Racing Betting Tips: Jalmoud can put you in the mood in Queen’s Vase