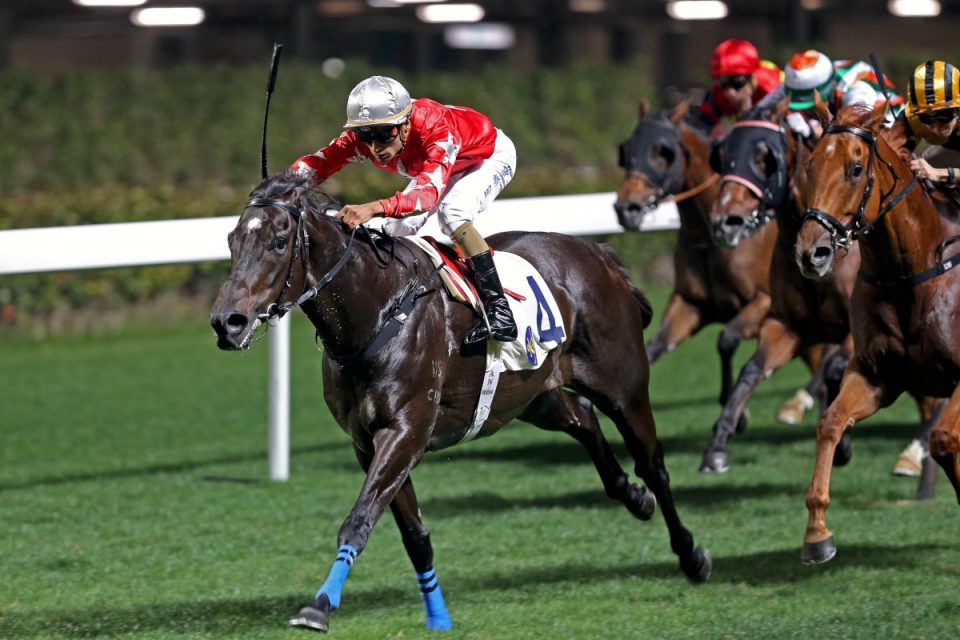 RISING star Vincent Ho will surely be looking for a confidence booster when he goes out to ride at Happy Valley today.

The 29-year-old, who has a ride in all of the eight races, is going to find himself under increasing pressure in the days ahead leading up to the local sporting highlight of the year, the £2million Hong Kong Derby at Sha Tin on Sunday.

Ho partners red-hot favourite Golden Sixty in Sunday’s big race and will be seeking to be the first local jockey to win it for a quarter of a century.

The quietly spoken but friendly Ho has been in pretty good form of late, riding a handful of winners over the past fortnight.

The jockey will be hoping the gods of fortune continue to smile on him in what will be the biggest day of his career so far.

Ho doesn’t have any stand-out rides at the inner-city track later today, but he will be hoping to team up with a winner for trainer Francis Lui, the trainer of Golden Sixty, when he climbs aboard ALPHA HEDGE in the Verbena Handicap (12.45pm) over the extended mile.

This combination has already produced rich dividends this season, winning 16 per cent of the time they team up, and nearly 50 per cent of them finish in the frame.

Lui, currently chasing leader Ricky Yiu in the trainers’ championship, has had to be patient with his six-year-old who suffered a leg issue in April last year.

After being caught wide for most of the journey on his seasonal reappearance at Sha Tin last month, Alpha Hedge produced an eye-catching run when fifth in a competitive handicap over an inadequate seven furlongs at the same course at the beginning of this month.

Dropped down in class again and 100 per cent fit following a searching gallop on Monday, he is ideally drawn for a trouble-free run and can land the spoils at attractive odds.

Principle threats will include last-start winner Casimiro who, despite a penalty, will appreciate the step up in distance, and the Zac Purton-ridden Let’s Take It Easy.

He did well to finish third over course and distance last month considering he suffered a torrid journey.

Trainer Lui could have another winner on the card when he saddles progressive sprinter VICTORY IN HANDin the Dianthus Handicap (2.15pm) over six furlongs.

Last month, this front-running four-year-old did too much early on and emptied out of petrol in the closing stages behind Ping Hai Galaxy in a competitive handicap.

However, his previous form reads well in this company, notably when carrying a penalty and putting clear daylight between himself and his rivals over at the track in January.

He is reunited with his winning jockey Karis Teetan, who is back in action after an enforced holiday, and he clearly fancies his mount’s chances given he will be riding near his minimum weight.

Lui and Teetan don’t team up on many occasions, but when they do, it’s a pointer to the horse’s chance.

They have been associated with 11 runners this current season which have provided an impressive seven victories.

Victory In Hand is still well-handicapped and capable of adding to that tally.