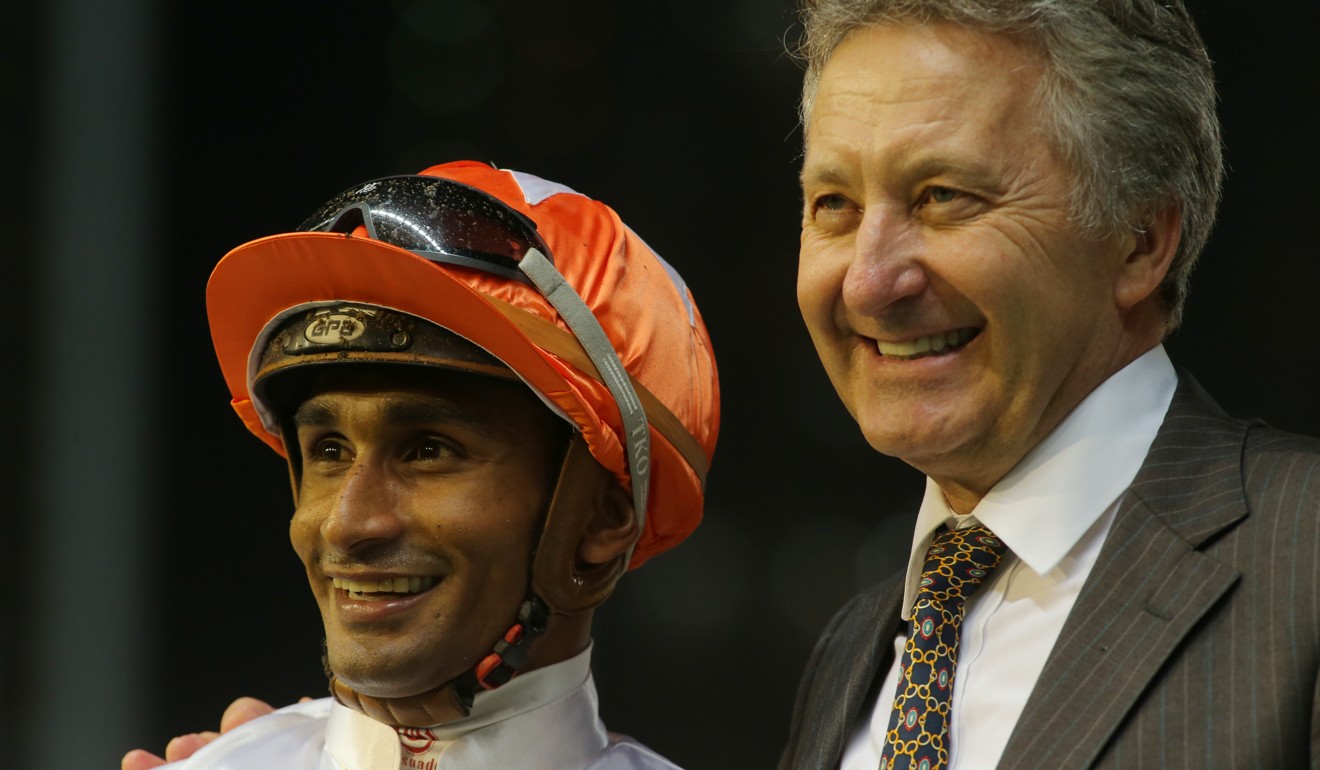 A MAJOR feature of this season’s racing in Hong Kong has been the upturn in fortunes of trainer David Ferraris.

Former four-time South African champion handler Ferraris has found it tough going in the territory over recent years, but has bounced back into the limelight this season.

He has trained a dozen winners so far this term and more importantly eight of them have come at Happy Valley.

A recent winner, BEAR AGAIN, will seek to repeat that triumph when he lines-up in the Edinburgh Handicap (1.45pm) over the extended mile.

This lightly-raced five-year-old had served notice he was about to peak when finishing fifth in a bunched finish over course and distance in October.

He subsequently returned to the Valley last month making no mistake under a fine ride by Alexis Badel, leading all the way and having most of his rivals off the bridle and going nowhere before turning into the home straight.

He looked like he could have doubled the winning margin of four lengths, and equally impressive was his closing 400m sectional time of under the magical 23 seconds.

Obviously the handicapper wasn’t happy, giving him a hefty 10lb penalty, but there are reasons to believe this highly progressive gelding is capable of stepping up in class against better company.

With the inside draw a bonus, he is guaranteed to produce similar tactics again and has last start winner Magnificent to beat.

This former UK galloper, who ran under the same name when trained by Richard Hannon, won in impressive fashion over the track and trip at Christmas, but still needs to improve again to trouble Bear Again.