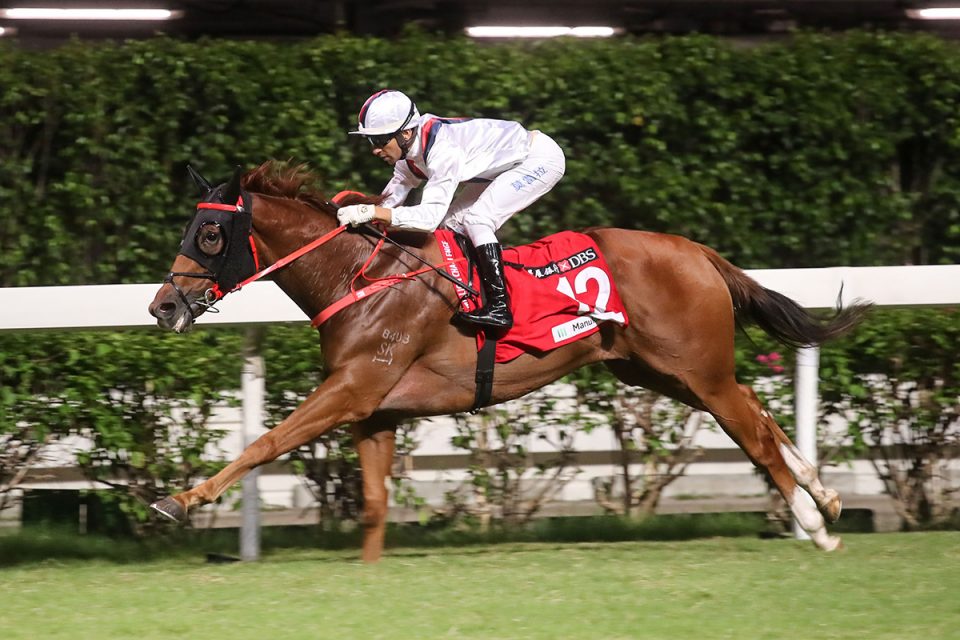 A WORD of warning for any would-be bettors at the Valley this afternoon.

Keep an eye on the weather and get an up-to-date bulletin on Sky Sports Racing before the action starts.

Although the weather has been blistering hot in Hong Kong recently, there are reports of plenty of thunderstorms circling the city this week and if one should hit the track during racing, the form-book would go up in the air.

There is an intriguing contest early on the card when nine runners line up in the Hang Hau Handicap (12.45pm).

On form, it’s difficult to find a favourite with the likes of the Zac Purton-ridden Mig Energy, track specialist Shamport, progressive The Runner and Master Albert, an eye-catching fourth last week, facing the starter.

Lurking at the bottom of the handicap, though, is the Francis Lui-trained LE TERROIR, who after winning his first two races of last season, completely lost his way and consequently now finds himself nine pounds below his last winning mark.

However, he did show some resemblance of returning to form when a close-up sixth behind The Runner at the end of last season and this might be the time to catch him.

Since then, he has transferred from the struggling Peter Ho stable and joined high-flying Lui, which must be considered a major plus.

With lightweight jockey Alexis Badel in the saddle and a low draw in his favour, he will be hard to keep out of the frame.