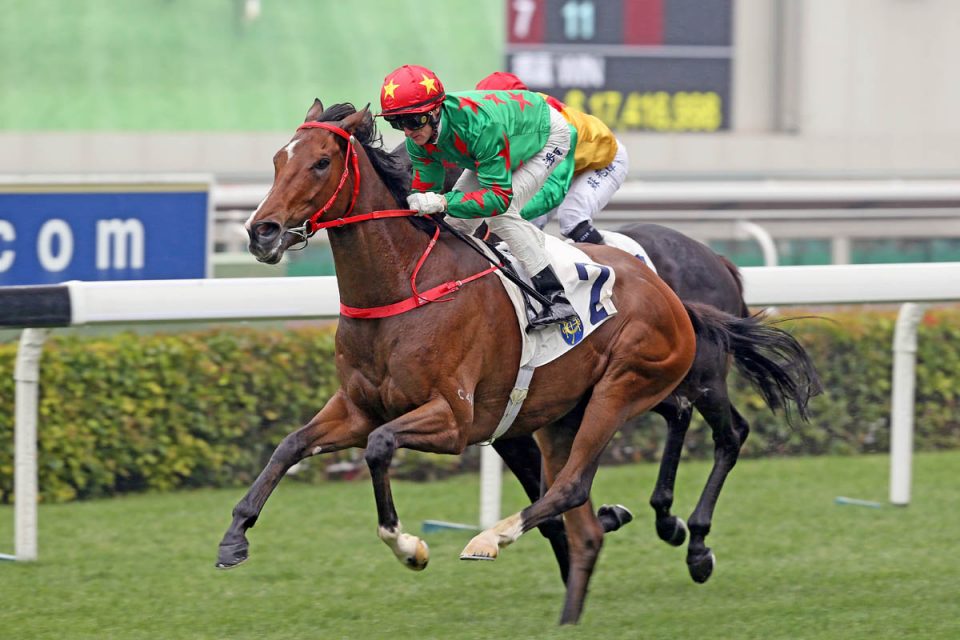 WITH just 12 race-meetings left before the season ends in Hong Kong, the race for the trainers’ title is suddenly making the headlines.

In April, local handler Ricky Yiu, currently with 57 winners, was carrying all before him and looked set to be crowned champion for the first time in his 23 years as a trainer.

While Yiu has saddled only one winner in the past month, Tony Cruz has hit the bullseye seven times in the last fortnight meaning he is now just five behind Yiu.

While there is plenty of excitement at the top of the table, spare a thought for trainer Peter Ho who is presently propping up the trainers’ list with only 14 winners to his name for the season.

Ho hasn’t got any stable stars, but his horses have been showing signs of improvement in the last fortnight with a couple of winners, including Superb Daddy who won at Sha Tin on Sunday.

The trainer must be hopeful of adding to his tally when he saddles the progressive RICH AND LUCKY who steps up in class in the Lyndhurst Handicap (3.15pm) over the extended mile.

This son of Kingman could not have been more impressive when outpointing his rivals, including subsequent winner Dionysus Collin, over course and distance last month.

His previous form included a second to top-weight Sunshine Warrior in January and he now meets that rival 13 pounds better off for just under a two-length beating.

The added bonus is Zac Purton retains the ride and the Australian pilot has an impressive record on the horse with a record of two wins and a second from his three rides.

The reigning champ will have to carry two pounds overweight, but is still below his minimum weight of 8st5lbs.

When Purton rides this light, he rarely fails.