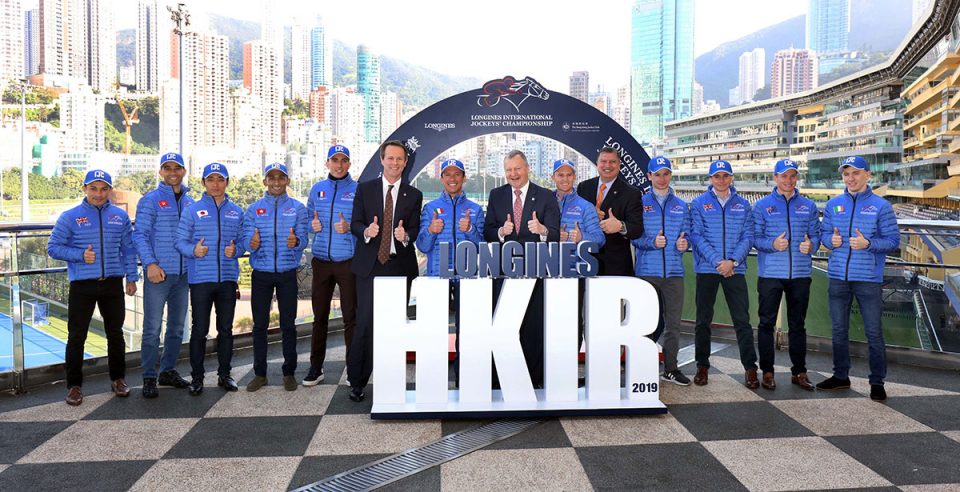 HORSE racing fans from around the globe will have their eyes firmly focused on Happy Valley in Hong Kong today when the LONGINES International Jockeys’ Championship (IJC) takes centre stage.

An all-star cast of some of the world’s best jockeys including Frankie Dettori, Ryan Moore, Silvestre de Sousa, Oisin Murphy and local heroes Zac Purton and Joao Moreira will take each other on in four races to win around £80,000 in prize money, plus the coveted IJC trophy.

With global racing icon Dettori making a long-awaited return to Hong Kong after an eight year absence, you can guarantee the inner-city track will be packed to the rafters with the locals hoping to catch a glimpse of their favourite jockey.

The nine-race programme takes place on the ‘B’ course which is rated as one of the fairest of the seven tracks raced on at the Valley.

Normally, horses drawn low and up with the early speed have a distinct advantage over their rivals, but results of late show that horses that are renowned strong finishers do well on this course and there have been plenty of long-priced winners in recent years.

While Dettori and his visiting colleagues will hog the headlines before racing starts, it could be local jockey Karis Teetan who steals the limelight by the end of the evening.

The ‘Mauritian Magician’, as he is fondly known by the locals, has drawn four good rides in the International races, including hat-trick seeking High Rev who, despite being up in class and carrying a 7lb penalty, will probably head the market in the 4th leg of the IJC (2.10pm) over nine furlongs.

Teetan’s best ride however could be earlier in the afternoon, when he climbs aboard the John Moore-trained G UNIT in the 1st leg (12.10pm) of the Championship.

This progressive three-year-old got off the mark in convincing fashion in October when outpointing opposition including last week’s Valley winner Mehboob and today’s rival Happy Good Guys.

A 7lb penalty for that win should, at least on paper, make life tougher, but such was the convincing manner he came away from his rivals in the closing stages there’s plenty to suggest he’s still be in front of the handicapper.

Obvious threats like Everbrave, Strathallan and Dettori-ridden Nunchuks enter calculations, but having strongly fancied G Unit three weeks ago when the meeting was abandoned, it’s hard to oppose him now.

Reigning UK Flat champion Murphy, who further enhanced his glowing reputation with the Japanese racing public when partnering Suave Richard to victory in the Japan Cup recently, can get on the scorecard when he rides CHARIZARD in the 3rd leg (1.40pm) over the extended mile.

This ex-Australian gelding has been progressing steadily this season and should now be cherry-ripe after an encouraging first run at the city track, when finishing strongly behind High Rev over the trip last month.

That race looked deeper than the opposition he faces here and having passed the test to see whether he stayed the mile, he should be ridden with a bit more aggression from the off.

He is going to be hard to beat off his current mark.