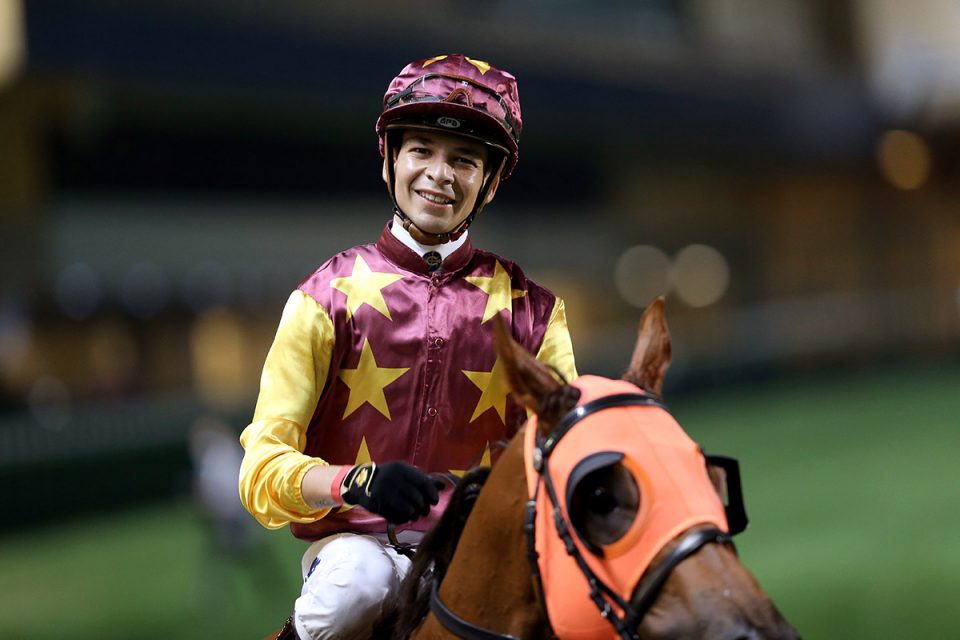 PUNTERS will be hoping for a change of fortune at Happy Valley on Wednesday.

They are currently having to suffer while their favoured jockeys, Zac Purton and Joao Moreira, are enduring a torrid sequence of poor results.

A combined total of just three wins from their last 30 rides is a poor return for their army of followers, especially as 24 of them have gone off favourite.

Remember these two world-class pilots have ridden over a third of the winners in the 728 races in Hong Kong so far this season, so you can understand the punters’ despair.

If that wasn’t enough, 500mm of rain – just under 20inches – was dumped on Sha Tin over the weekend, meaning the formbook became virtually defunct.

That was subsequently borne out by only one favourite obliging on the 10-race card, with plenty of double-figure winners.

With the weather forecast in the territory still unpredictable, it’s imperative to check Sky Sports Racing before the action gets underway for an update.

Purton and Moreira have rides in all nine races, and knowing their poor recent form is only temporary, you can be certain their fans will be supporting them once again.

Take Purton’s mount Happy Hour who lines-up in the Selkirk Handicap (12.45pm) over the extended mile for instance.

When the champion jockey climbs aboard a Dennis Yip-trained galloper, it’s been a recipe for success with a near 33 percent win strike-rate this season, and the last time Happy Hour won back in December Purton was on board.

Since that win, however, Happy Hour hasn’t been sighted in a handful of races – with his closest finishing being eighth two starts back – but with Purton back in the saddle, the omens will look good and this will reflect in his odds.

The selection lost all chance when pole-axed at the start over course and distance last month, but still stayed on strongly in the closing stages to finish fourth.

The winner, Lightning Steed, gave the form a boost by winning again under a penalty last week and with an inside draw now in V Chevalier’s favour, it will be disappointing if he doesn’t go close.