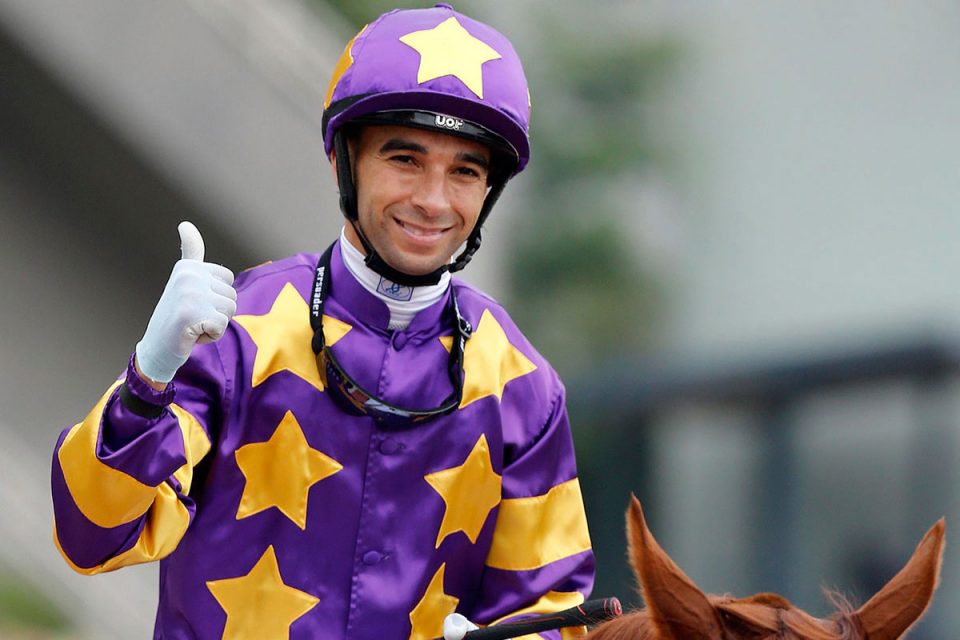 With Father Christmas parading around the track dishing out a sack full of presents, traditional food and drink on offer and seasonal songs blasting from the famous beer garden, what more could racegoers want?

In terms of what most racing fans really want over the festive period, it’s winners and they’ll be hoping to find a few today to boost their Christmas coffers.

Racing is back on the infamous ‘C +3’ track which is just over 20 yards in width. That’s not a lot of room for a dozen horses trying to find an uninterrupted passage when thundering down the home straight.

Quick starters with low draw numbers and a sprinkle of luck is the recipe for success.

Step forward ‘Magic Man’ Joao Moreira who pilots a couple of horses that fit the criteria.

Moreira’s mount HAPPY ALUMNI looks a winner in waiting when he lines-up in the Saturn Handicap (1.15pm) over six furlongs.

This son of Starcraft must have had his supporters tearing their hair out when struggling for room last time before dashing home too late behind the front-running Gunnar.

There is little doubt he would have won with a clear run and now has a good opportunity to gain compensation.

His trainer, Francis Lui, is on the crest of a wave at present, lying second in the trainers’ title race with 20 winners and his runner looks poised to continue his flying form.

It’s not often that he and Moreira team up, but when they have this season it’s been a licence to print money. They have combined just six times,

with an impressive record of four wins and a second.

From a low draw, he is guaranteed a dream journey and when Moreira presses the button, he can outsprint his rivals in the closing stages.

Moreira’s other hope is the striking grey gelding BIG PARTY, who makes his first appearance at the Valley in the Mercury Handicap (2.50pm) over six furlongs.

Trainer Frankie Lor, with a stable full of smart and top-class gallopers, has found it tough going this season with a number of high-profile runners underperforming.

Results have got better of late though, with two winning doubles at Happy Valley last Wednesday and Sha Tin on Sunday suggesting the stable is coming into form.

Lor saddles a handful of runners at the inner-city track, all of whom are worth paying close attention to with Big Party the star on show.

This son of prolific winning sire Exceed And Excel has a huge amount of talent, but has had niggling issues which have curtailed his promising but so far short career.

Three wins from seven runs is a good record, but it should have been better with the amount of ability he has.

With last month’s seasonal run bringing him to his peak and a good draw allowing him to sit just behind the leaders, he is going to be hard to stop when unleashed down the home straight.