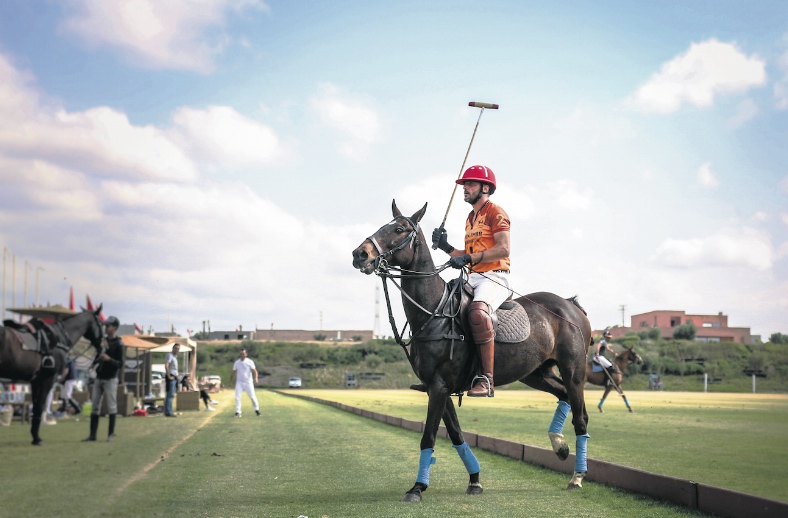 In pride of place on the wall of the Jnan Amar Polo Club in Marrakech is a picture of Sir Richard Branson. Taken in 2014, it shows the grinning Virgin mogul at the first British Polo Day, held at these Moroccan grounds for the first time and contributing a tidy donation to the Eve Foundation, the eponymous charity of Sir Richard’s mother.

Seated next to him – also all smiles – is Saudi magnate Amar Abdelhadi, a polo devotee and long-term investor in Morocco through the Siama Investment Company.

For him, this tournament was just the start of what has been his polo-playing field of dreams. Yes, the jet set – the likes of Elon Musk, and Prince Harry – could come and enjoy a chukka or two, but he wanted Morocco to be a more permanent place on the map for the worldwide polo-playing community.

“Our aim has been to create a destination that embraces the true spirit and style of Marrakech while bringing a new social and sporting experience to the city,” he says.

Four years later, that dream is starting to become a reality. On the 50 hectare site of Jnan Amar Polo Resort, 20 minutes from central Marrakech and with the Atlas Mountains as a backdrop, construction on the Ritz-Carlton Residences Marrakech is underway. 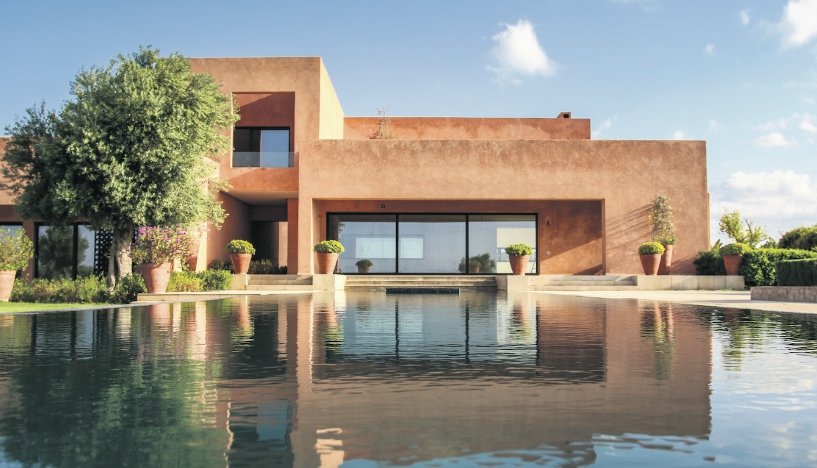 The marketing suite in Marrakech

Working in partnership with the famous brand, Siama is creating 85 private residences – each with their own outdoor heated pool; with a hammam in the larger properties – and an 80-key Ritz-Carlton hotel, all in an estate with fine dining restaurants, a luxury spa and landscaped gardens.

Of the first phase, 65 per cent of the homes have been sold and they’re due to be completed by September 2019. The clubhouse is due to open later this year, the hotel by 2020 and the entire estate by 2024.

For polo enthusiasts there will two polo fields, a much-improved clubhouse, more regular matches from international teams, stabling for around 180 homeowners’ horses, riding or polo instruction on demand and the type of elite grooming and exercise parlours this calibre of equine performers deserve. But it is not just the international polo set that sellers hope to appeal to.

Reda El Ouazzani, sales manager for the resort, says, “Yes, we have had a lot of interest from polo fans, but people are also attracted by the Ritz-Carlton brand and the type of service that promises. Some investors buy Ritz-Carlton properties wherever they are built in the world.

“The drawcard for them is the service. They’ll have different systems for home entertainment, lights and music, then one to call the Ritz-Carlton concierge. They can have private chauffeurs, transfers, catering, housekeeping and childcare at the touch of a button.”

Built with eight different plans, the villas’ exteriors have been influenced by Berber style, with a more ‘international’ style inside.

Property prices in Morocco are rising after several years of stagnation. In Marrakesh, official figures show they increased by 0.5 per cent in the third quarter of 2017.

Prices for the Ritz-Carlton residences range from a three-bedroom villa on a 1,876sqm plot, costing around €1.4m, to the five-bedroom ‘Amira’ – meaning princess – which is on a 3,324sqm plot and sells for up to €2.3m. Service charges are set at a maximum of €5,000 a year (stabling fees for polo ponies are extra) and villas are expected to rent for around €10,000 a month, delivering a predicted 8-9 per cent yield. The owners can earn a rental income if they place their home in the managed rental pool.

Morocco has also seen an upturn in the luxury market in Marrakech since 2016, following a period when it suffered the double whammy of the 2008 financial crisis then turmoil in other North African countrie,s which investors feared would spill into Morocco. In such a fast-developing city, resorts such as the Jnan Amar are apparently welcome.

Marrakech itself is known for its bustling markets – a riot of colour and the ideal place to haggle for rugs, saffron, leatherware, pottery or jewellery. But the elite traveller now also has much to entertain them. 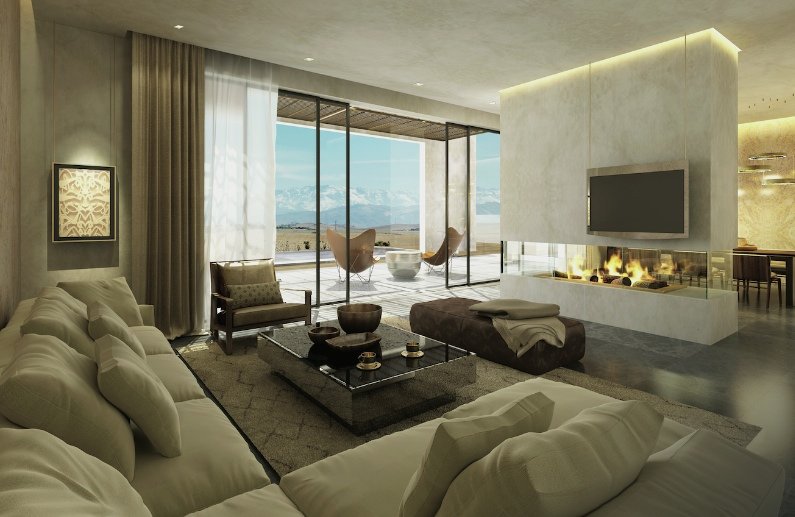 In the city centre is the Es Saadi Le Palace hotel, where early scenes of The Night Manager were shot – the art- filled lobby mooted as the Cairo hotel where Tom Hiddleston’s character began his career. Part of a resort created by Jean Bauchet, who developed the Moulin Rouge in Paris, it has a vast pool, adjoining nightclub and casino, and private villas called ksars that have accommodated the likes of Leonardo Di Carpio, Martin Scorcese and Michael Kingsley.

For spa aficionados, The Royal Mansour, owned by Morocco’s King Mohammed VI, is a must see. He commissioned 1,200 artisans to create the most striking hotel possible and they succeeded. The Moorish-styled hotel has 53 mini riads and its spa is an incredible white fairy-tale of a building, with lace-like iron fretwork, marble floors and orangery-style swimming pool house.

Closer to the Jnan Amar, both in geography (it is on the same road) and equestrian focus, is The Selman. The ultra-glam hotel, which hosted Tom Cruise during the filming of Mission: Impossible 5, is the more permanent home of pure-bred Arabian horses plus trekking horses and ponies for guests to ride on its 15-acre grounds.