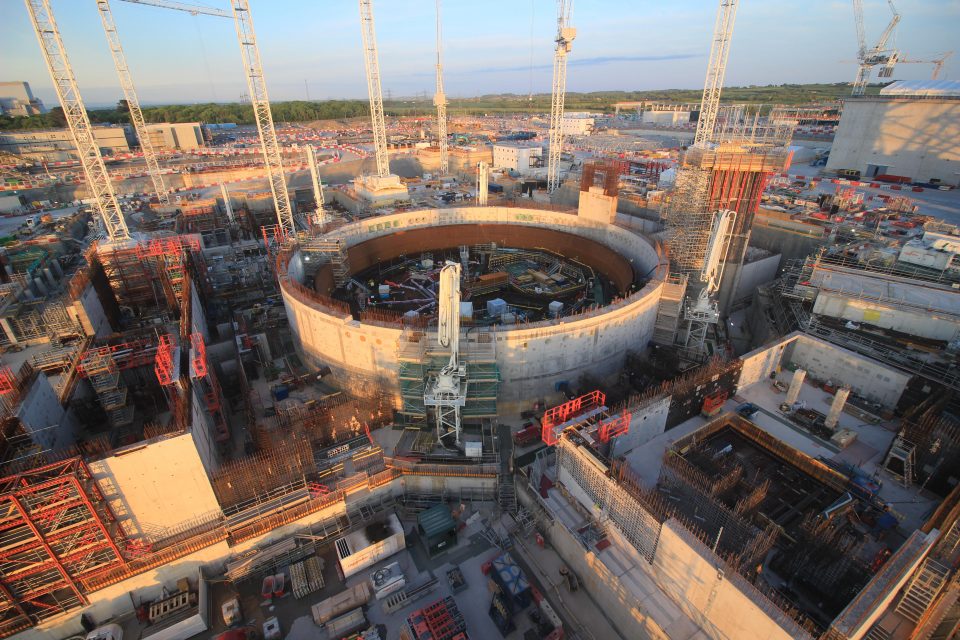 Construction at Hinkley Point C nuclear power station in Somerset remains on track despite the coronavirus crisis, with contractors today meeting a key milestone in the building of the new plant.

With work continuing under special coronavirus measures, workers at the plant have completed the 49,000 tonne base for the second nuclear reactor, meeting a target date set four years ago.

The completion of the second reactor base comes less than a year after the first was finished in June 2019.

EDF, the project’s developer, said that experience gained in building the first base meant workers had finished the second faster.

Completion of the reactor base means that work can now begin on the construction of permanent reactor buildings above the ground.

The announcement comes after EDF last week submitted a planning application for a new plant at Sizewell in Suffolk.

The new plant will be an exact replica of Hinkley Point C, with EDF aiming to reduce costs by 20 per cent due to what it has learnt from the original project.

Hinkley Point C is now estimated to cost between £21.5bn and £22.5bn, EDF confirmed earlier this year, and will be the first nuclear plant built in the UK for over two decades.

After a challenging development process, the UK government gave the project the go ahead in 2016, with permission for construction granted the following year.

The project is a joint venture between EDF and Chinese firm China General Nuclear, which has promised to put at least £6bn into the project.

In 2016 then prime minister Theresa May launched a review into the project due to the involvement of CGN, which has been blacklisted in the US for corporate espionage.

CGN also has the option of taking a 20 per cent stake in the new Sizewell C plant in Suffolk, but is likely to face growing pressure in light of the UK government’s decision to limit Chinese involvement in its critical national infrastructure.