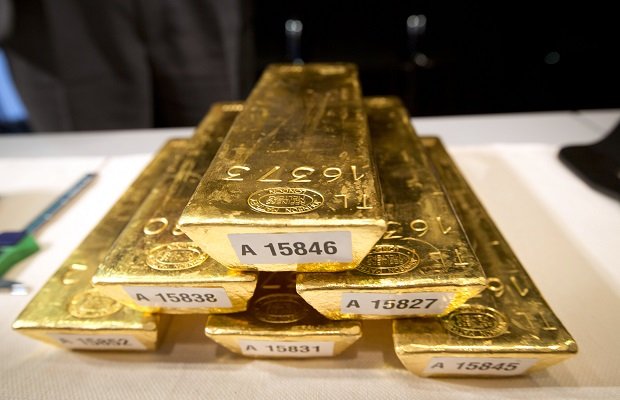 2013 was a dire year for gold prices, and today's two per cent gain does little to make the 28 per cent slump of last year look any better.

But Capital Economics reckons that, with sentiment already so heavily negative, the risks for the coming year are firmly skewed to the upside.

For starters, says analyst Julian Jessop, the first half of last year was a lot worse than the second.

Everything that could go wrong did go wrong:

Although consensus is that these factors will continue to undermine the price of gold this year – and,  indeed, that other headwinds may build – Capital Economics sees "more positives than negatives" for the precious metal.

In response, the research group says that deflation is still a threat to the Eurozone:

The conventional wisdom is that deflation is negative for the price of gold but, in the context of the Eurozone, it may simply exacerbate the debt problems of the weaker economies and force the European Central Bank to loosen monetary policy further.

And while the Fed has started to reduce its asset purchases, this has eased one uncertainty for gold, with monetary expansion continuing and low interest rates capping yields.

Lastly, demand from emerging economies should pick up again, with restrictions on the Indian market likely being lifted this year. Although producer hedging may be negative, the current closeness of price to marginal cost raises the prospect of a shortage when it comes to newly-mined supply.

So things could be looking up for gold, and Capital Economics is certainly optimistic (although perhaps not so much for Bitcoin):

The poor performance in 2013 has left the precious metal looking attractive again compared to other assets, including equities.

The bursting of the Bitcoin bubble may even make gold look more appealing to Chinese investors.

For now we are happy to reiterate our view that the price of gold will revisit $1,400, at least, in 2014, and probably go higher.

Capital Economics is reviewing all its commodity forecasts shortly.