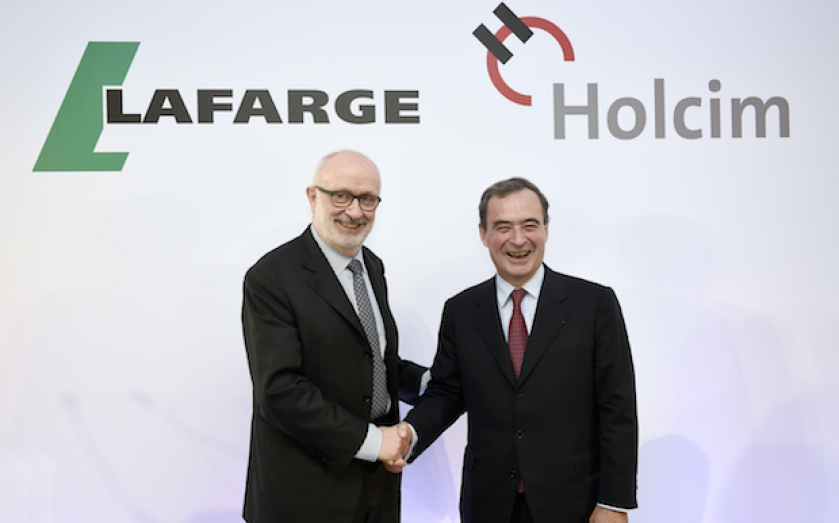 Investment banks JP Morgan and UBS have given a ringing endorsement to the news that Holcim and Lafarge, the world's two largest cement companies, were in advanced merger talks on Friday.

On Monday, the companies confirmed plans for a merger that could potentially control 40 per cent of cement manufacturing, with a market cap of $50bn.

The deal will be structured as a public exchange offer initiated by Swiss company Holcim, with an exchange ratio of one Holcim share for one Lafarge share.

JP Morgan estimated the deal could lead to savings in operating costs of up to €500m (£413m) per annum. The investment banking giant also forecast that by the third year of the merger combined entity group earnings may rise by as much as 15 per cent.

The move would also prove highly complementary, with around a third of combined revenues coming from countries where only one company is currently present. Holcim and Lafarge are overwhelmingly the dominant players in the cement market in Asia, the Middle East and Africa.

However, the picture becomes very different when it comes to countries such as France, Canada, UK and Romania where the companies overlap. As a consequence the research note cautioned that the deal will be heavily scrutinised by antitrust regulators.

Regulators will be particularly watchful due to the alleged cartel behaviour of the cement industry in the past.

JP Morgan outlined a scenario where the new company would have to divest half of the assets in markets where there is significant overlap, estimating that revenues from those assets could reach €4bn.

Despite the antitrust concerns JP Morgan's verdict was a positive one. The note concluded with further reasons for optimism including the possibility of a better pricing environment and greater potential for asset sales or swaps.

UBS shared JP Morgan's bullish assessment of the merger, forecasting operating cost savings of up to €1.2bn. UBS believe even this figure could be an underestimate thanks to the potential of large procurement savings.

While optimistic on the potential benefits of the merger, UBS warn that it will be a long time before the world sees the consequences of this overhaul of the global cement industry. Given the investigations that will arise from local competition authorities UBS forecast the merger may take up to two years to complete.