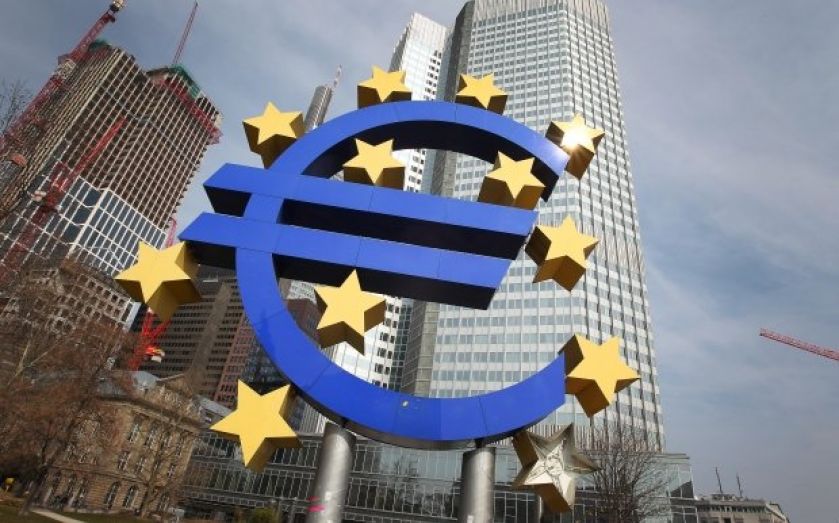 It's clear that the European Central Bank knows it has a disinflationary problem.

Today, a global investor poll conducted by Bloomberg finds that 74 per cent of participants see deflation as a greater risk to the region than inflation.

There's no reason to believe this is the good kind of deflation: the sort driven by productivity improvements. Rather, low aggregate demand in the currency area means that we're seeing prices fall to clear markets.

The ECB may finally be starting to get a grip on things. President Mario Draghi last week suggested that the governing council of the central bank was "comfortable" with taking action at its next meeting in June. Not to act after such a statement would be embarrassing for policymakers.

It seems unlikely that the ECB would opt for a small scheme. Timid action so far has seen little in the way of results. Analysts at Societe Generale note that the ECB's rate cut in November saw the euro returning to its pre-cut level against the dollar in just two weeks, leading them to be "sceptical about the economic benefits of anything but very large scale asset purchases".

Morgan Stanley have done the number crunching to see what a big quantitative easing scheme might look like. Their modelling is based on an asset purchase programme of €1 trillion, or 10 per cent of GDP. That would be larger than the QE schemes of the US and UK, both at nine per cent of GDP, but smaller than the Bank of England's – currently valued at 23 per cent of GDP.

The expected consequences? A 0.5 per cent rally in Bunds, a 10 per cent boost to equities, and a four per cent devaluation of the euro. And if such a programme was announced at its next meeting, then we should expect higher GDP and inflation from the third quarter of this year.

The main impact would be on 2015 estimates (as the programme would come into play more than half way through 2014). Under such a scenario, Morgan Stanley see real GDP and inflation boosted by around 0.4 percentage points in 2015.

Whether the ECB will take bold action is another matter. Morgan Stanley analysts say that "only if the economy would be at risk of falling back into recession would we expect the ECB to embark on QE." Rather, they expect the central bank to take a number of smaller policy steps.

Morgan Stanley sees a 0.15 percentage point cut to the ECB's refinancing rate in June, followed or possibly accompanied by a deposit rate cut of the same magnitude in the third quarter of 2014. QE only becomes a likelihood in the case of a shock powerful enough to knock the Eurozone's current recovery off course.