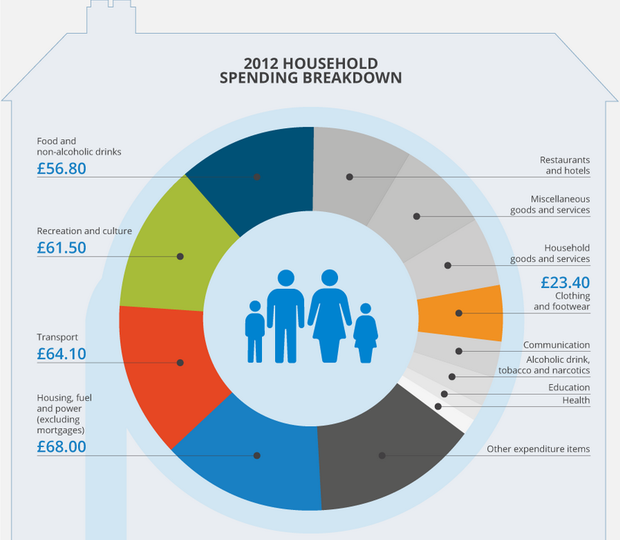 Latest figures from the Office for National Statistics (ONS) show that households spent an average £489 per week last year. They also show where we scrimped and splurged compared to pre-recession 2006, when average spend was £526.40.

Here are some interesting changes:

That figure includes rent, fuel, electricity and maintenance. The ONS said that energy price hikes and cold winters in 2011 and 2012 drove the increase.

Moreover, the proportion of households renting has risen in recent years from 29 per cent to 34 per cent.

Transport, which came in top in 2006 at £79.70, fell to £64.10 last year – the biggest spending reduction. With petrol prices on the rise, people probably shortened journeys. Spending on petrol and diesel accounted for almost two fifths of transport costs.

The category which saw the third highest spend includes spending on TVs, computers, newspapers, books and leisure activities. People forked out £61.50 a week on such things last year, up from £58.60 in 2006. The category also includes package holidays abroad, which accounted for £16.80 of weekly expenditure.