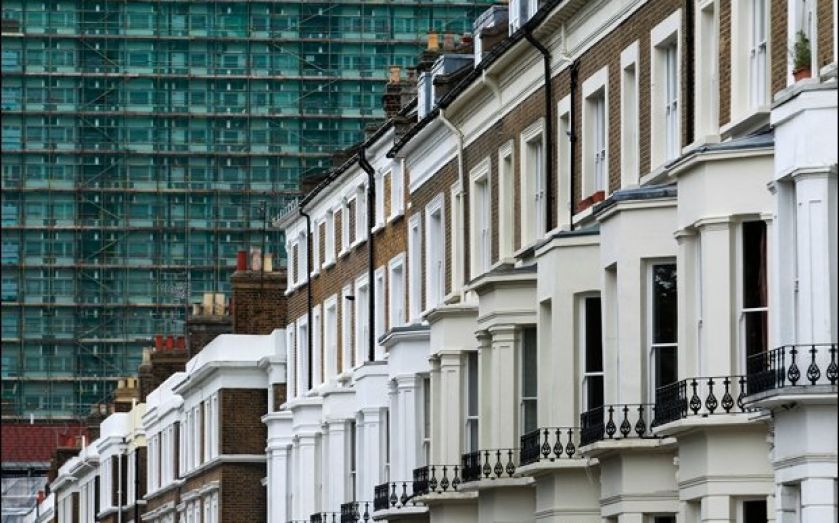 MILTON Friedman once observed that, “with some notable exceptions, businessmen favour free enterprise in general, but are opposed to it when it comes to themselves.”

With this in mind, if a market intervention is criticised even within the industries that could benefit from it, it is probably safe to conclude that it is a really bad idea. Help to Buy, the scheme of government-backed mortgage guarantees and interest free loans first announced by George Osborne in this year’s Budget, falls into this category.

The policy recently attracted criticism from Pete Redfern, chief executive of the homebuilder Taylor Wimpey, who argued that Help to Buy could prove a “genuine hazard”. Yet his company benefits handsomely from the scheme, and has just announced that orders for its homes have hit record levels, with Help to Buy driving increased sales rates. Indeed, the first thing a visitor to the company’s website will notice is an ad drawing attention to Help to Buy. “Homeowners and first time buyers can now buy a new home with just 5 per cent deposit and 75 per cent mortgage!”

In his critique of Help to Buy, Redfern does not go as far as most economists who have commented on the subject. He considers fears of a reflated housing bubble overblown, and sees a case for the programme as a temporary measure while construction is completely down. But Redfern sees a danger that the UK might become, in this respect, too much like the US, where government involvement is a permanent fixture of the housing market. He argues for an orderly phasing out of Help to Buy before it becomes irrevocable.

Albert Edwards of Société Générale, meanwhile, has critiqued Help to Buy in even stronger terms, notwithstanding the fact that financial services could also be counted among the programme’s beneficiaries. He points out that, with so many people locked out of the housing market despite interest rates being at rock bottom levels, the problem is obviously not a lack of credit. House prices themselves are too high. Edwards suggests that the government should simply allow the housing bubble to deflate properly, as other countries have done since 2008.

Contributions like these are extremely welcome, because they draw attention to the short-sighted nature of Help to Buy. But there is a danger of overstating the bubble element of the escalation in British house prices, and thus of understating the problem of supply side constraints.

Is a housing bubble really still a problem in the UK? When comparing the evolution of UK house prices to similar trends in the US, Spain and Ireland – the most obvious examples of recent housing bubbles – you could easy conclude that the answer is yes. Between the mid-1990s and the onset of the recession, real term house prices in all four countries have exploded. But since that point, prices in the US, Spain and Ireland have almost reverted to pre-bubble levels, while British house prices have only undergone a minor correction and may already be on the rise again. You could therefore conclude that the US, Ireland and Spain have allowed their bubbles to fully deflate, while the UK has not.

But you could also conclude that price escalation in the UK was partly the result of a bubble, but mostly the result of a genuine lack of supply. If the remaining bubble is not really a bubble at all, those who wait for it to burst may wait forever.

This is the more convincing explanation. During the periods of house price rises, the housing stock in the “bubble countries” grew rapidly, while in Britain construction actually slowed down. Around the turn of the millenium, the Spanish housing stock grew by 110 units per 10,000 inhabitants a year, and the Irish housing stock by 130 units. In Britain, by contrast, the housing stock grew by a pitiful 30 units. So of course house prices plummeted in Spain and Ireland once the flow of easy credit stopped: there were lots of houses to go round and fewer people able to buy them. In fact, it may be that the bubble has yet to deflate fully in these countries. In the UK, meanwhile, more people are chasing fewer homes, at least in those parts of the country where the jobs are, and where people actually want to live.

In short, credit subsidy schemes are definitely not the solution, but neither are they a big part of the problem. The problem is a combination of a restrictive planning system and well-organised nimbyism. These make it impossible to build sufficient quantities of new homes in the places where the demand is.

Kristian Niemietz is senior research fellow at the Institute for Economic Affairs.