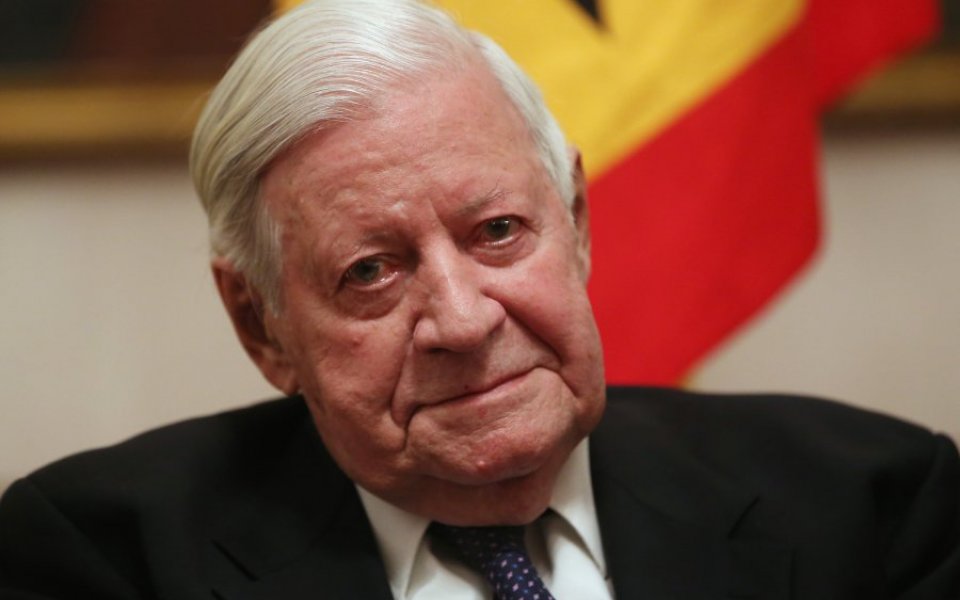 The death of Helmut Schmidt is a profound moment for all post-war Germans.

More than any other German Chancellor, Schmidt was the incarnation of a deep commitment to his nation as a part of the European Community, but also as a strong member of the Atlantic alliance.

As an inveterate workaholic, Schmidt was used to burning the candle at both ends in the service of his country. A reserve army officer, he always retained something of the armed services culture. As a matter of principle, he resisted any temptation to negotiate with the Red Army faction in the 'German Autumn' of terrorism in the 1970s.

A Social Democrat politician, he was elected to the office of Chancellor in 1974, and was widely appreciated by a moderately right wing public. When left-wing and ecologically-minded pacifists later attempted to to trap Germany into a neutralist position, he was able to resist and gain the upper hand.

Although Schmidt was able to buck that particular trend, he finally accepted political defeat a few years later in 1982. Relentless however in his determination to speak his mind, he continued to articulate to the German public, the trade-off between the benefits of an industrialised society and the dream of an idyllic ecological paradise.

After leaving office as Chancellor, Schmidt was a strong supporter of European Monetary Union and the European Central Bank. In his later years, whether as a result of accumulated wisdom, or under the influence of his journalist colleagues at the liberal 'Die Zeit', he supported a number of fashionable EU political causes. These included the financial bailing out of Greece, Portugal and Ireland, and tolerance towards Putin's Russia.

Not only does Germany now lose a historic figure, but the UK has also lost the most Anglo-Saxon of all Gerrman Chancellors.

It will now lose the opportunity to hear Schmidt's voice again, in a echo of his Blackpool appeal to his comrades in the left-lurching Labour party in 1980, to stay in Europe.

Schmidt would undoubtedly have said the same thing to his Tory colleagues in late 2015.