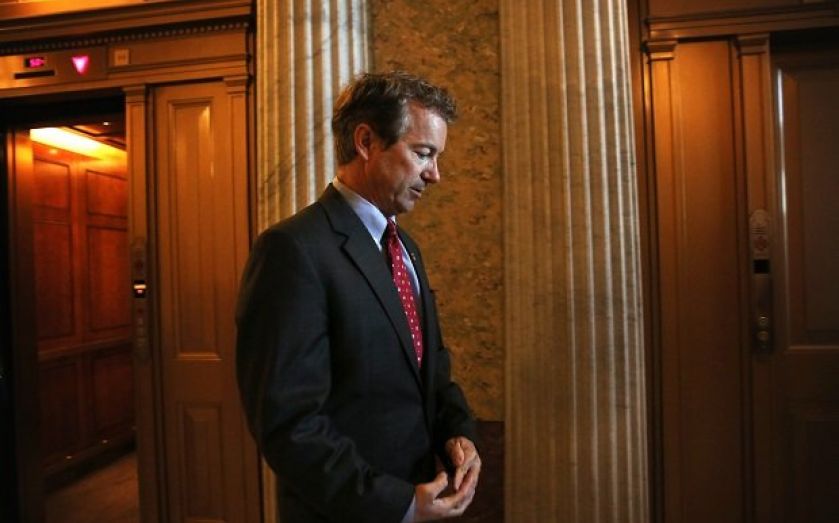 "I remain committed to the faith of my teenage years: to authentic human freedom as a precondition for the highest good". So wrote Paypal founder and early Facebook investor Peter Thiel back in 2009.

With its hippie pedigree and laid-back working practices, Silicon Valley may traditionally be a hotbed of leftie activity, but Thiel – one the Valley's leading lights – has retained his libertarian principles to this day.

As US politicians begin to stake out their position in the long run-up to the 2016 presidential election, Thiel has not ruled out an endorsement for the libertarian-leaning Kentucky senator Rand Paul.

"I supported his father in 2008 and 2012. I think it would be a good thing to have a voice speaking up for more civil liberties and less military intervention in the Republican party, I think that's really important," he told City A.M.

But can Thiel help Paul swing the Valley to the right? Last week, the senator may have helped his case. Speaking to an audience at the Center for the National Interest, Paul laid out a foreign policy vision which is a radical departure from the Bush doctrine of the early and middle 2000s. He calls it "conservative realism".

Seeking to chart a middle road between a complete withdrawal of America's military from the world stage and a policy of near-constant interventionism, Paul said:

Paul hopes his libertarian-leaning positions on internet privacy, foreign policy and free enterprise will not just appeal to the already-convinced like Thiel, but can broaden the Republican appeal among Silicon Valley's young, entrepreneurial and socially tolerant electorate.

However, what may be most important to Paul is not Silicon Valley votes, but the cold hard cash of America's most successful tech entrepreneurs.

“Bush Republicans haven’t been doing very well out here in a long time,” Paul told The Daily Beast in September.“A libertarian-style Republican would do better out here" he added.

In July, Paul reportedly had private meetings with both Thiel and Facebook founder and CEO Mark Zuckerberg at Allen & Company's Sun Valley conference in Idaho. Last year, he travelled to lecture at the Google campus in Mountain View.

The wider Republican party has attempted to emulate Paul's tech-friendly outreach, opposing onerous regulation of taxi app companies like Lyft and Uber, which are popular with millennial voters

The issue is larger than Uber. How many companies, how many products, how many innovations have died prematurely because the government over-reached and interfered in the free market?

Should he run, Paul will face an intense Republican primary where he could be taking on Wisconsin governor Scott Walker, New Jersey governor Chris Christie and Florida governor Jeb Bush and many others.

If Paul's efforts to attract supporters from America's wealthy tech community prove successful, it may give a much-needed edge over candidates relying on traditional bases of donors and support.