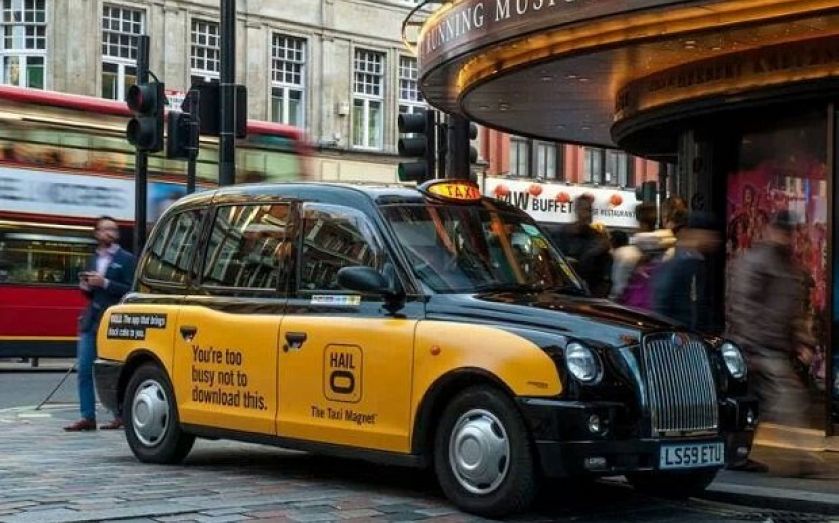 Taxi app Hailo has teamed up with futurologists to give an insight into the future of cities as well as launching two new features.

The new features are intended to help Hailo adapt to an increasingly competitive taxi market and avoid another inglorious exit from a major market.

Pay Hailo lets the user connect to the driver by tapping the Pay with Hailo button, setting the tip, and then receiving an electronic receipt after the journey.

Hailo Hub gives customers the ability to book taxis on behalf of others, allowing businesses the opportunity to offer a cab whenever they want. Customers are alerted in real-time by SMS when their cab is arriving.

There remain significant opportunities for taxi app services to grow their share of the transport market, with 14 per cent of people in the UK saying they book all their transport via their smartphone.

Hailo's Future of Cities report, launched today, ranges from culture to currency, with digital innovation expert Mark Brill and Ian Pearson, a futurologist, claiming we are set to live in an "always on" culture.

The report cites research conducted by US analyst Mary Meeker, who found the average smartphone user checks their device up to 150 times per day. Over the coming years, the report argues our apps will start to understand our daily lives and adapt to become "more contextual".

Taxi apps form a part of this picture, where people expect to do more with less time. Instead of searching for cabs or cash machines the cab finds you, and there is no paper required.

Pearson goes on to identify net trust as "the next big thing". Safe, trackable and reliable payments systems are part of building trust with consumers. This provides an arena for competition such as in the area of platform branding, where Pearson says Hailo could move into a position "not unlike Amazon today", with a safe guarantor and numerous suppliers.

That model could go further, argues Pearson, with functions like Pay with Hailo succeeding in coffee shops and public transport.

In what may be the report's boldest claim, Pearson adds his voice to those who believe taxi apps could make mass car ownership a thing of the past.

"It will be your life, your city, your cab, your way. Very soon, people will realise that any car can be their car, and they'll question why they should own one", writes Pearson.

However, the benefits of this revolution in urban transportation not only apply to passengers, but also to drivers, who will be able to verify via the booking system whether their passenger is a threat to them.

Brill sounds a note of cheery optimism that in this new environment cities are adapting to the needs of consumers, and the UK is leading the way in open data. Through a combination of big data, algorithms and statistical analysis, more intelligent transport services can evolve.

By mapping people's movements from their mobile devices, it may be possible to predict a customer needs a cab in advance of the actual event.

Brill finishes by outlining what is either a creepily Orwellian or superbly efficient future for cabs, depending on your point of view:

As you step into the cab, they will have an idea of your likes, dislikes and interests. The in-cab media will be showing you a relevant TV channel. Or maybe you want to work, in which case you’ll be offered a quiet, undisturbed journey. Perhaps you are planning to catch-up your favourite team’s game on TV when you get home? The driver will know you don’t want to hear the score.